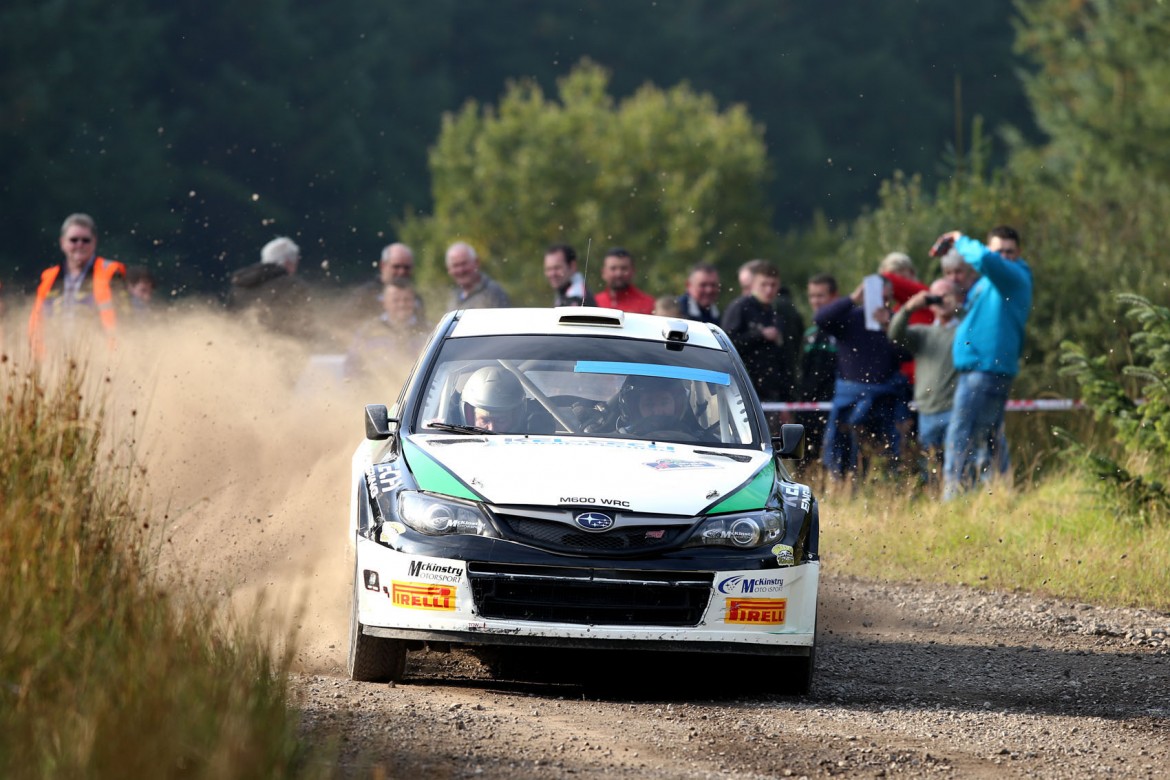 An impressive high-quality entry of more than 100 crews has been received for this Saturday’s Trailer Parts & Spares Lakeland Stages Rally, round five of the McGrady Insurance N.I. Rally Championship!

Based from the former Grosvenor Barracks site in Enniskillen, the stunning line-up of high-powered crews are set to commence battle over some of County Fermanagh’s finest forestry stages in what is the first gravel event of the season for the N.I. Championship contenders.

Organised by Enniskillen Motor Club, the event is also a counting round of the Valvoline Irish Forestry series and such is the quality of entry that the N.I Championship leaders, Derek McGarrity and Paddy Robinson, are seeded at number four in a Ford Focus WRC.

“It’s a different car to the one we used at the Down Rally but it’s the same specification,” McGarrity explained. “It’s an ex-works 2007 Focus that was originally used by Toni Gardemeister.”

“I’m looking forward to the event,” he added. “It’ll be my first gravel rally in a year and there’s a fantastic entry!” That fantastic entry includes last year’s Lakeland Stages Rally winners, Josh Moffett and Stephen Thornton. They start at number one ahead of New York based Barry McKenna and Leon Jordan.

Despite residing in America, McKenna has been keeping match fit and recently won Scotland’s Granite City Rally before jetting back across the Atlantic. He’s due to catch another transatlantic flight this week ahead of the Lakeland Stages where he hopes to take another step towards the Irish Forestry title.

However, not only will Josh Moffett be planning to stop him in his tracks but so will number three seeds Andrew Purcell and Mark Wiley. All three crews are in Ford Fiestas and are embroiled in a battle for the Irish Forestry Championship spoils.

In fact, in terms of the McGrady Insurance N.I. Championship crews, you have to look down the entry list to number 14 to find Derek McGarrity’s main rivals, Alan Carmichael and Ivor Lamont. They currently hold second in the series standings in their Mini WRC.

Retirement at round two followed by Carmichael opting to miss round three really put their challenge on the back foot. However, there’s still a mathematical chance for the crew to mount a comeback in the latter half of the season but the Lakeland could prove to be a key event.

The first crew will leave the start ramp at the former Grosvenor Barracks site in Enniskillen shortly after 10.30am on Saturday. A total of six stages are on the agenda with competitors tackling three tests before returning to service from approximately 12.40pm. Another three stages will be completed in the afternoon and the leading crews will return to the rally base shortly before 4pm. Log on to www.nirallychampionship.com or fb.com/nirallying for updates throughout the event.