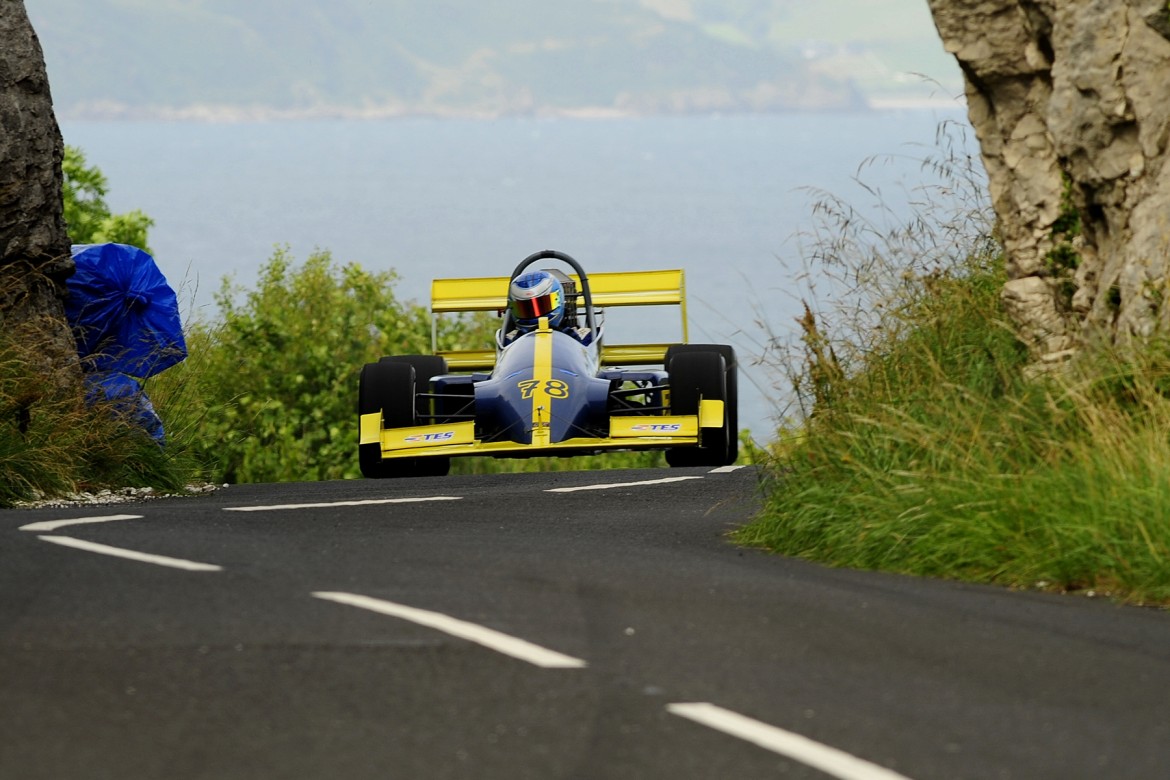 Round 7 of the ANICC Millers Oil Northern Ireland Hillclimb Championship, the Maxwell Freight Garron Point Hillclimb, run by Mid Antrim Motor Club took place on Saturday 11 August and was supported with a fantastic entry of 70 cars.

The weather once again was on-side with the day starting out bright and dry, with only a light shower for the second batch of cars, on the last run of the day, but it didn’t affect any class outcomes.

It was Graham Thompson, in his GTR Turbo that was to take outright honours, for the third event in a row, as he stamped his authority on the rest of the field on this ever-so-scenic event, and with just one round of the series remaining, can Thompson once again claim the trophy he last held some four years ago?

We can only but wait and see, but for now a round-up of the classes…

Dennis Watson continued his unbeaten run with seven wins out of seven in his little saxo, Chris Johnston took second in his Mazda MX5 with David McCoy bringing his Puma home in third, but collecting second in the championship as Chris is not registered for the series.

The battle in this class continues to rage like a forest fire, with the three MkII Escorts showing the more modern cars that they are still very much a force to be reckoned with by taking the three podium places – Michael McAllister took the top spot from Adrian Mullholland with David Gibson in third, the three split by just 0.3 of a second.  A mention of Wilson Carson who made his hillclimb debut at Garron Point in his very tidy Renault Clio, by the smile on his face I think we will see Wilson and the Clio back out again.

Barry Griffin had a day of no issues and brought his Subaru home with a class win. Photos: Gary Craig Motorsport Photography
[images must not be used in any way without prior written consent of the photographer]

Gardiner Mcllwaine in his Westfield extended his lead in the class with the win,  Phill Dorman in 2nd  in his Locost 7 and Colin McBride 3rd in his Sylva Leader.

Godfrey McCartney in his Lotus Elise continues to adapt well to the hillclimbs with another class win as well as taking another class record along the way.

Here is a class that is starting to look very interesting as the Fiat X19 of Gordon Fogarty is not having it all his own way this year as the young Stephen Harvey is taking the class battle to the wire in his very sideways MkII Escort, a battle worth watching. With Gordon not out at Garron Point, the class win went to Stephen Harvey with Gary Milligan 2nd and Norman Harvey, Father of Stephen, 3rd.

Another class that is going to go to the last round, with three men battling for class honours, whilst on this occasion 1st to Paul Hamill in his Tiger Suzuki,  2nd David Hawthrone and 3rd Steven Hawthrone,  both driving their Locost Megablade.

The battle of the Maguire Minis of Rudi Gage and Ian Howard with Victory going to Rudi on this occasion.

Well what can I say, other than cover your ears, as here comes Gerard O’Connell in his very fast Radical, taking the class win and taking just shy of 4 seconds of the class record – 2nd went to Tony McLaughlin in his MkII Escort, and unfortunately Gary McWilliams suffered an oil leak on one of the practice runs which put an end to his day, let’s hope it’s an easy fix and Gary is back out for Eagles Rock.

Alan Cassells in his Peugeot 106 S1600 continues his dominance in this class with another fine class win, whilst beating his own class record, set in 2017, 2nd was Con Carey in his Toyota Corolla and 3rd in the same Toyota, was William Carey. Photos: Gary Craig Motorsport Photography
[images must not be used in any way without prior written consent of the photographer]

Seamus Morris took another win in this class with his Darrian GTR, to close the gap on class leader Daniel Campbell in his beautiful Toyota Starlet, this looks like it’s going to be a battle right to the last round, 3rd was Niall Carey in his BMW Compact.

Ivan McCulloughs Nissan GTR took the win in this battle of Japanese cars with Oliver Cormican in his Mitsubishi Evo taking 2nd, I feel Oliver will be out for revenge at eagle’s rock, so keep an eye on this battle.

Brendan Flynn clinched the win to level the points in the class battle with John Donnelly who took 2nd in his Reynard SF80 which he borrowed for the day, as John needs to re-cut gears in his own car and hopes to have her sorted for Eagles Rock, again another battle that is going to go down to the wire, taking 3rd on the day was George Stevenson in his Jedi Mk6.

Graham Thompson in his GTR Turbo took his third class win in a row to keep the pressure on Ricky McGimpsey in his RMG Turbo, 3rd was Andy Hawthorne in his Lotus Vauxhall

Another class win by Gerry McGarrity in his flying Mini, but early-on, it look like Robbie Davison in his MG-B GT was going to cause an upset as he was slightly quicker in the practice. On the first timed run, Robbie felt something wasn’t just right with the car and on his return to the paddock, discovered he had a soft rear wheel which he had to manage the rest of the day, so this may have hampered his chances of catching the Mini, 3rd in the class was Ian Paget in his Austin Mini.

1st Alan Clarke in his Riley 12 60 Beetleback, 2nd was Shellagh Glover in her Riley Special, and 3rd went to Roger Corry in his Alvis 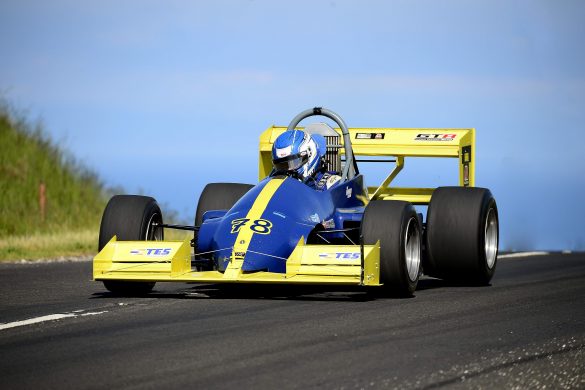 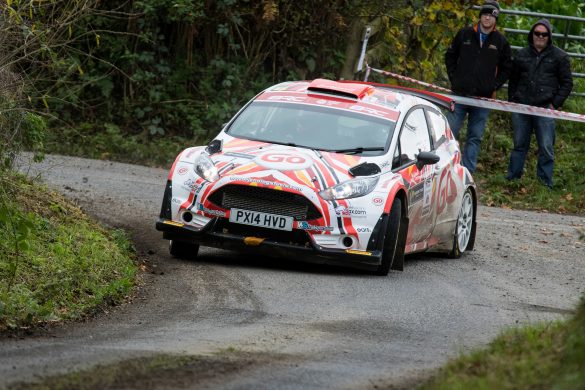