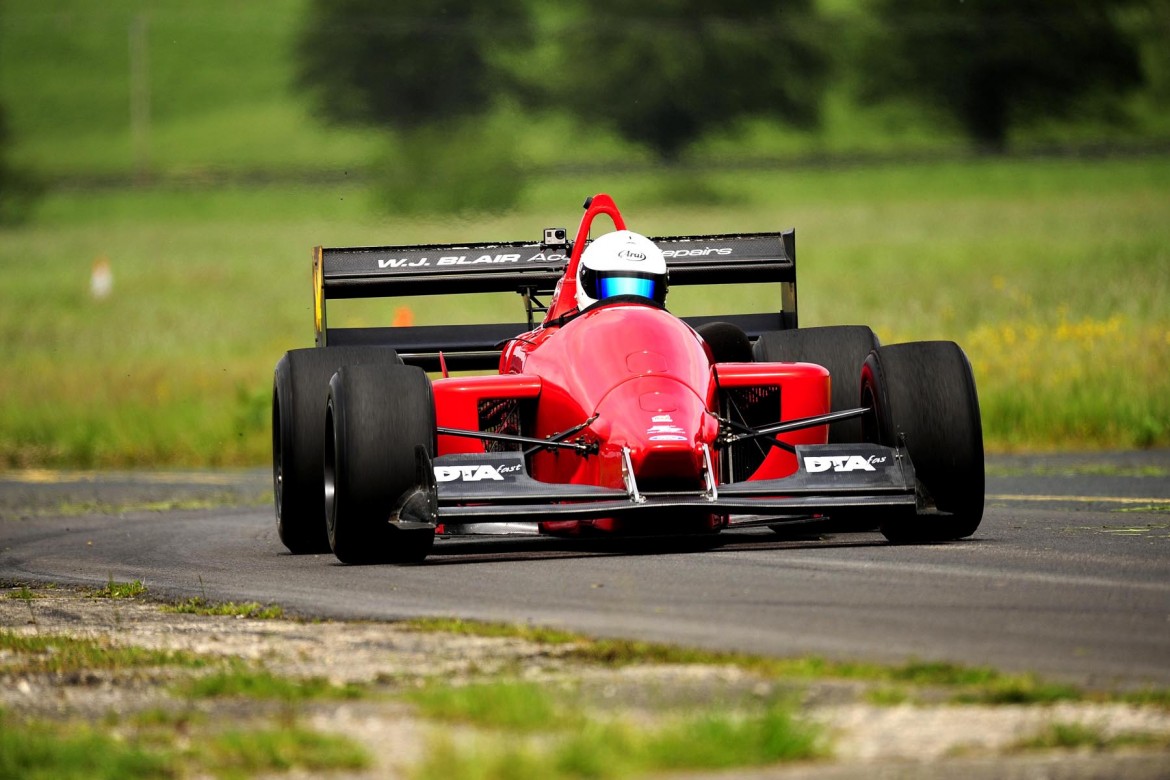 As with previous years the event was a bonus point’s championship round and it also attracted the biggest entry to date with 90 competitors making the start. As always with this event it attracted a lot of local interest, especially amongst the local rally fraternity. This in its self made for an entry which included a lot of cars which normally aren’t seen at sprints.

Hopefully some of these will however be seen at future events?

In all fairness to the organising club the chicanes this year were more open than on previous years and this was proof that they had listened to drivers from last year. The course itself was very fast and flowing but you just needed to be precise with your turn in points.

After a slow start, due to circumstances beyond the control of the organising committee, the timed runs got under way around 1 pm. Defending Champion Adrian Pollock set a blinder of a first run with a time which put him well under the previous record.

Sadly however he was deemed to have touched one of the chicanes and lost his time. Steven Gault therefore took the lead after the first timed run and set a first run time of 134.73 in his big Reynard 903 single seater and this time was only to be bettered by himself as the day progressed. Ryan McGimpsey piloted his nimble little Mk1 Jedi to third after the first runs and he remained in 3rd for the remainder of the day. With the chicanes proving to be the place to either make or loose time, a lot of drivers took more cautious second runs to try and put a time on the board before having a more committed third run to try and go for faster times. Indeed in some cases it was the third runs before competitors managed a good clean run to set a time.

Some other notable results amongst the runners were Gerry McGarrity who debuted his new toy, In a bid to stir up the pot in the coveted race for the fastest Mini in the west competition, Gerry purchased a beautiful space framed Mini Traveller with an R1 motorbike engine in it.

Gerry had never driven it until the morning of the event and was later heard to say that it just kept revving and pulling until he gave in at 14,000 rpm and pulled another gear!! Another debutante was Terry McKay in a 750cc Casmat RX buggy. The sound of this as it circulated was something else and was likened, by a few in the paddock, to a swarm of wasps in a hollow box, but boy was it a sight to see and hear.

Terry managed a very respectable 8th overall and class 9b win on his first Motorsport UK event in the buggy. It is hoped that more of these will make an appearance on the Sprint and Hillclimb scene in the future.

In the battle for road going honours, Richard Munnis took the coveted Road going win in his class 5 Westfield with Connor Lavery second fastest roadgoing car in his Audi R8. Andrew Robb was third in the roadgoing battle and also was the fastest roadgoing saloon in his BMW M3.

In the modified battle David Hawthorne took modified honours and sixth overall in his Westfield, only a mere 1.67 secs behind his father Andy in the Family Vauxhall Lotus Reynard. Terry McKay was second modified in his Casmat RX buggy and Steven Hawthorne third in this category. All 3 modified drivers were within the top 10. Oliver Cormican set a blistering first run to set 12 overall and take the honours for fastest modified saloon ahead of Ian Howard in his Maguire Mini and Gerry McGarrity (in his new Mini Traveller).

In the historic battle Gerry McGarrity took historic honours in his “usual” Green Mini Cooper with Stephen Strain piloting his Mark 1 escort to second a mere 0.48 seconds behind Gerry. John Golden was third in another mini cooper. As a point of clarification Gerry was competing in 2 minis, his “usual” green Mini cooper and his new mini Traveller (which was running in class 8a). In the much anticipated battle for the Fastest Mini in the West, Gerry McGarrity took the honours in his Mini Cooper ( the historic one) with Karl Johnston second, a mere 0.6 seconds behind Gerry. John Golden took third and Gary Milligan was fourth. After a lot of local chatter it was decided not to include Gerry McGarrity`s new mini traveller in the battle for fastest mini in the west as it wasn’t really a mini.

Upon being informed of this decision Gerry’s response was priceless, and in true Gerry form he said “auch well, (long pause and a wry smile) sure i`ll beat them in the old one anyway”!

After Saturdays event the overall championship is currently lead by Adrian Pollock who has a 3 point lead over second Place Steven Gault with Joe Courtney third. Both Adrian and Steven have 2 wins each but Adrians second place in Enniskillen gives him the 3 point nod over Stevens 4th place at Kirkistown earlier in the season. With each driver having a non scoring round so far the championship is only hotting up and will definitely be a close run thing over the remaining 5 rounds.

Andrew Robb is now 8 Points clear of Alfred Robb in the BMW M3 with Adam Stewart third in the Raodgoing Saloon category. Andrew is going to be hard to beat in this category run in. Modified Category honours are currently in Oliver Cormicans favour. Oliver has a 5 point lead over Dermot O`Hagan with Gerard O`Connell third in the modified category.

Interestingly Gerard O`Connell was unable to join us in Enniskillen this year as he was competing in St Guenno in France. The St Guenno hill climb is a 3 day hill climb festival in France which attracts the crème de la crème of hillclimbing talent and is also known as the Hill climb masters. Gerard along with Neil Dugan, Bill Blair and several from the Southern Ireland sprint and Hill climb championship have all ventured to St Guenno this year to show the Europeans how quick us boys are. 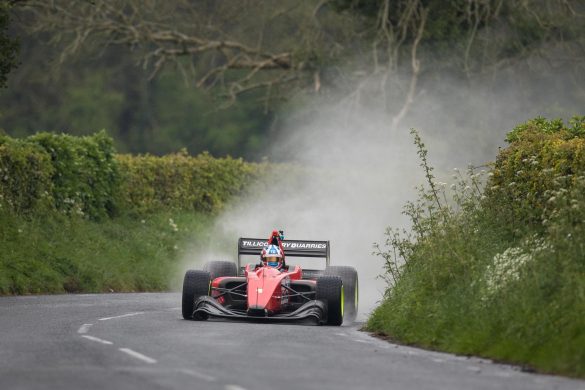