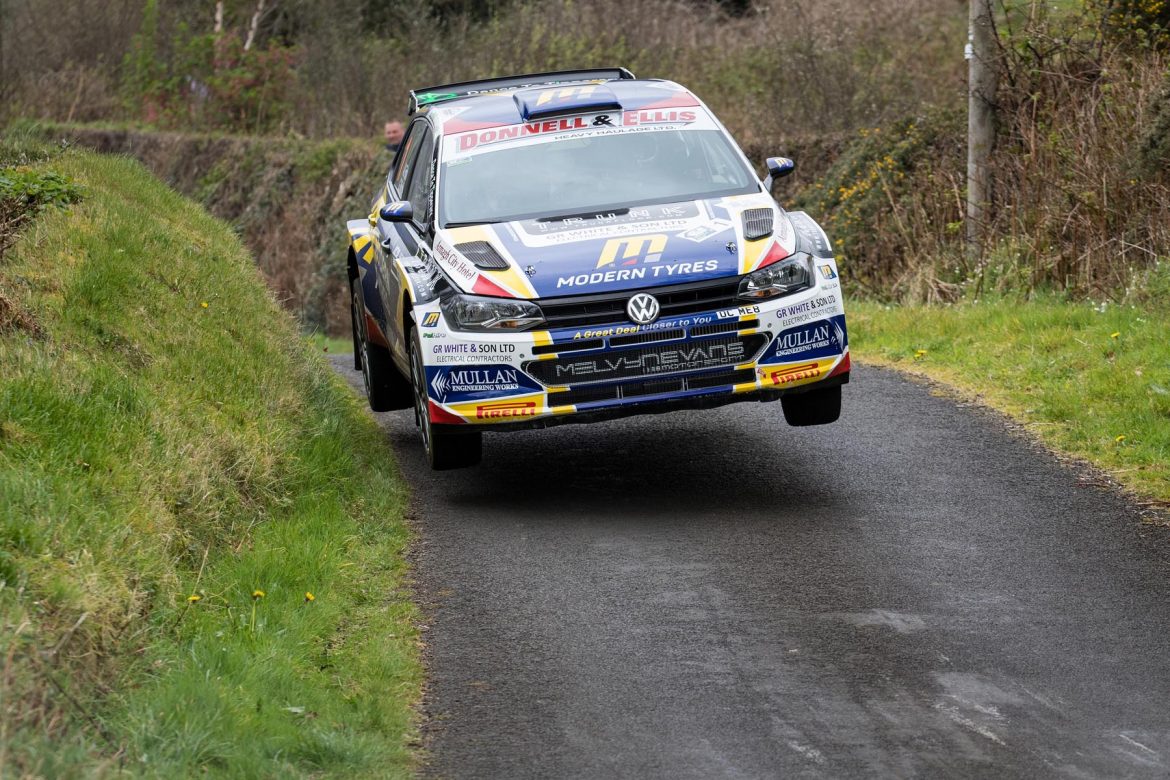 Alastair Fisher and Gordon Noble produced a sensational comeback drive to win this year’s Circuit of Ireland Rally. Their second international rally win together came after a tense final stage shootout with the in-form duo of Josh Moffett and Andy Hayes.

Fisher won the Circuit of Ireland’s final four stages to fight back from fourth overall overnight, 35 seconds off the lead.

It was Fisher and Noble’s first win of the 2022 Acesigns Irish Tarmac Rally Championship with Moffett and Hayes claiming top points on the opening two rounds.

Desi Henry was the Circuit’s overnight leader, 10.2 seconds ahead of Callum Devine. Henry was charging through the testing Glens of Antrim stages in tremendous form behind the wheel of his Ford Fiesta Rally2.

Henry was able to extend his lead to 14.3 seconds through Saturday morning. With Henry not registered in this year’s Irish Tarmac Championship, Fisher, Moffett, and Devine knew full ITRC points were still up for grabs.

Devine’s push for his first win of 2022 unravelled on Saturday. He was struggling with a lack of power in his Volkswagen Polo R5 coming out of junctions. The Claudy driver pushed on regardless but unable to find a fix he eventually had to settle for third overall.

Devine and co-driver Shane Byrne had been leading the event after four stages on Friday. They showed promising signs of the Polo’s well recognised potential on Irish asphalt. Friday’s final running of Orra Lodge, which shook up the leaderboard in general, cost Devine the lead and 17 seconds to rival Henry.

A protruding stone, which had appeared since Orra Lodge’s preceding passes, was in one of Devine’s cuts and sliced through two of his tyres. The young Ulster crew crabbed the Polo through the remaining three kilometres knowing their hard-fought lead was gone.

Eventual rally rivals Fisher and Moffett had struggled to get up to speed early on Friday. Fisher was unsure why he was feeling slightly hesitant in his Polo while Moffett felt less confident than usual in his trusty Hyundai i20 R5.

Stage 4 was Moffett’s turning point, it all seemed to click for the Irish Tarmac and National Rally Championship leader. He found his mojo and sought to chase his fifth win of the year. Moffett and Hayes were 16 seconds off the lead on Friday night.

Saturday started in a blanket of fog. Cairncastle opened with a few kilometres of fast, flowing, hill climb corners up to the top of the cairn. Dense fog greeted the first 15 crews through the flat out bends, crests, and jumps.

It was for the brave but it showed the top four were all in for the fight on the Circuit’s final day. Moffett went fastest, 1.6 seconds ahead of Fisher.

The next pass of Cairncastle was the game changer and it was to add an unwanted complication to the lead battle.

Rally leader Henry started the bone-dry stage with a cushion that looked too big to catch. Unfortunately it was to be his final stage of the day. His Fiesta began to misfire and stall through the 22-kilometre test, costing him over 30 seconds.

Henry retired after the stage and later found out a faulty sensor was the source of his troubles.

That left Fisher and Moffett to fight it out at the front but both beat Cairncastle’s bogey time. Fisher went 8.3 seconds quicker than the bogey while Moffett beat it by 0.3s.

A storming run through Glendun gave Fisher a hat-trick of stage wins and closed the gap to Moffett to within 10 seconds.

As the crews left service for the final time, word trickled through that the organisers had scrapped Cairncastle’s bogey time. Ready to tackle the weekend’s final stage, Moffett and Fisher now faced the final 22 km stage with 0.2 seconds separating them.

Both crews bettered their Stage 9 time but it was Fisher who continued his Saturday dominance. He only had one thing on his mind and went all out to claim the Circuit of Ireland crown. He went fastest on the decider by a remarkable 11.8 seconds.

“We just went for it,” described an emotional Fisher. “There are a few sections in there that I just love, you can just hold it flat and bounce over jumps. Unbelievable.”

The win puts Fisher into second position in the Acesigns Irish Tarmac Rally Championship, 13 points behind Moffett. Devine finished, despite his car’s glitches, to move into fourth in the championship.

Meirion Evans struggled to match the front-running pace throughout the Circuit of Ireland. 2022’s two-time runner-up retired on Stage 9 after knocking a wheel off his Polo on a rock towards the end of the stage.

Jonny Greer inherited Evans’ position to seal his first Irish Tarmac finish of the year in fourth. The reigning Northern Irish Rally Champion seemed happy with the performance of his Citroen C3 Rally2 as he fine-tuned its set-up on the fast, bumpy terrain.

Cathan McCourt failed to make the end of Cairncastle’s final test, handing fifth overall to Daniel McKenna and Andrew Grennan who had a great run in their Ford Escort Mk2.

McKenna and Grennan were in a league of their own in ITRC’s latest modified race. The Toyota Starlet crew of Gareth Black and Connor Dunlop were their nearest rivals.

Black’s rally was hindered by a series of issues on Orra Lodge and its reverse running Glendun. Intercom glitches and an awkward spin were topped off with a slide in Glendun’s bogland scenery. They recovered their Starlet and after some quick fixes returned to the action on Saturday to ensure they picked up some crucial championship points.

Ryan Caldwell once again produced a performance beyond his young years to claim another Rally4 win alongside Grace O’Brien. The Circuit of Ireland was Caldwell’s second top-scoring finish in ITRC 3.

Jason Dickson had held the overnight advantage in the hard-charging front-wheel-drive category. Dickson was the master of Orra Lodge taking over 40 seconds out of his rivals over its three passes on Friday.

His affinity with the renowned stage came to an end on Saturday, however, when he joined a host of drivers to slide off the twisting glen-side pass. Dickson’s damage was minimal but stuck in a ditch, he was unable to get the car out.

Luke McCarthy and Brian Duggan picked up their first Historic Irish Tarmac win of the season. Berion Richards and Craig MacWilliam completed the ITRC-scoring podium in a result that will close up the overall Historic leaderboard. 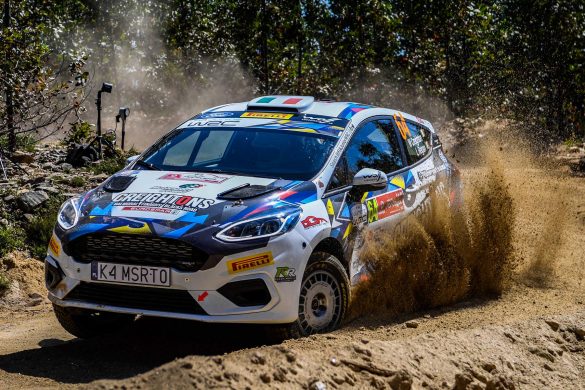