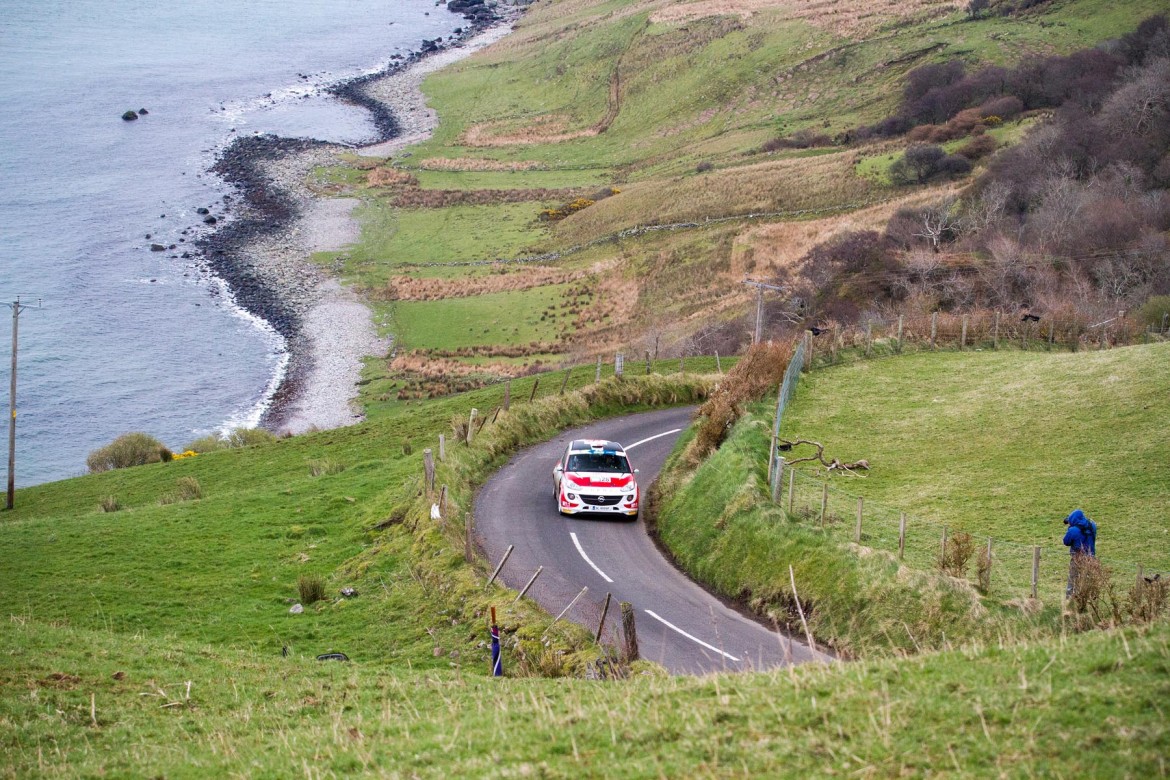 The organisers of the MSA British Rally Championship (BRC) are delighted to announce that, in response to competitor feedback from last year’s extraordinarily competitive contest, the Junior BRC will adopt an open tyre format this year.

This moves the Junior BRC into line with the rest of the championship and offers the champion a substantial cash prize worth £30,000 to put towards their 2018 career development.
Open to any driver under the age of 26 on 1/1/17, the Junior BRC will once again be a competitive proving ground for crews as they tackle some of the best forest stages and Tarmac tests in FIA-homologated R2 cars. BRC-registered crews will go head-to-head across the seven-round series, which takes in events in England, Northern Ireland, Scotland and Wales before the season finale on the Isle of Man. New for 2017 is the addition of the legendary Ypres Rally in Belgium; the first overseas round for Britain’s premier rallying series.
Last year the junior series became the hottest place for young global rallying talent with drivers from Australia, Ireland, Italy, Norway, Sweden and the UK battling it out over seven events in models from Ford, Renault and Vauxhall. 2016 champion Robert Duggan and co-driver Gerard Conway produced a stellar performance to claim a prize which could propel them onto the World Rally Championship stage. BRC Championship Manager Iain Campbell is excited about the new format and is looking forward to another exciting chapter in the Junior BRC story.
“A year ago we set out to create a junior championship that would help the best young drivers progress their careers – and after a sensational 2016 season, we can say just that,” he said. “Rob and Gerard were pushed hard by an array of talented crews, but they were worthy champions and will hopefully use the BRC as a springboard for their rallying careers.
“DMACK provided fantastic support last year to the whole championship, but particularly with the amazing prize that they put up for the Juniors. However, we have always believed that the entire BRC should be an open tyre format if possible, and we will build the prestige of the junior series with all the registered tyre companies committing to the championship rather than individual teams. “The enquiries we have already had confirm that this is going to be another great year of competition in the Juniors. The winner will now have a pot of cash to take with them to their next challenge, while all the drivers and co-drivers in the Junior BRC will once again be supported in their development by having access to the coaches and tutors of the MSA Academy.”
Round one of the MSA British Rally Championship gets underway in Jedburgh with the Brick & Steel Border Counties Rally on 17/18 March.
Keep tabs on all the latest BRC developments by visiting www.msabrc.com or following us on social media: MSA British Rally Championship on Facebook and @MSA_BRC on Twitter using #BRC

MAZDA 6 IS TOP OF THE CLASS…