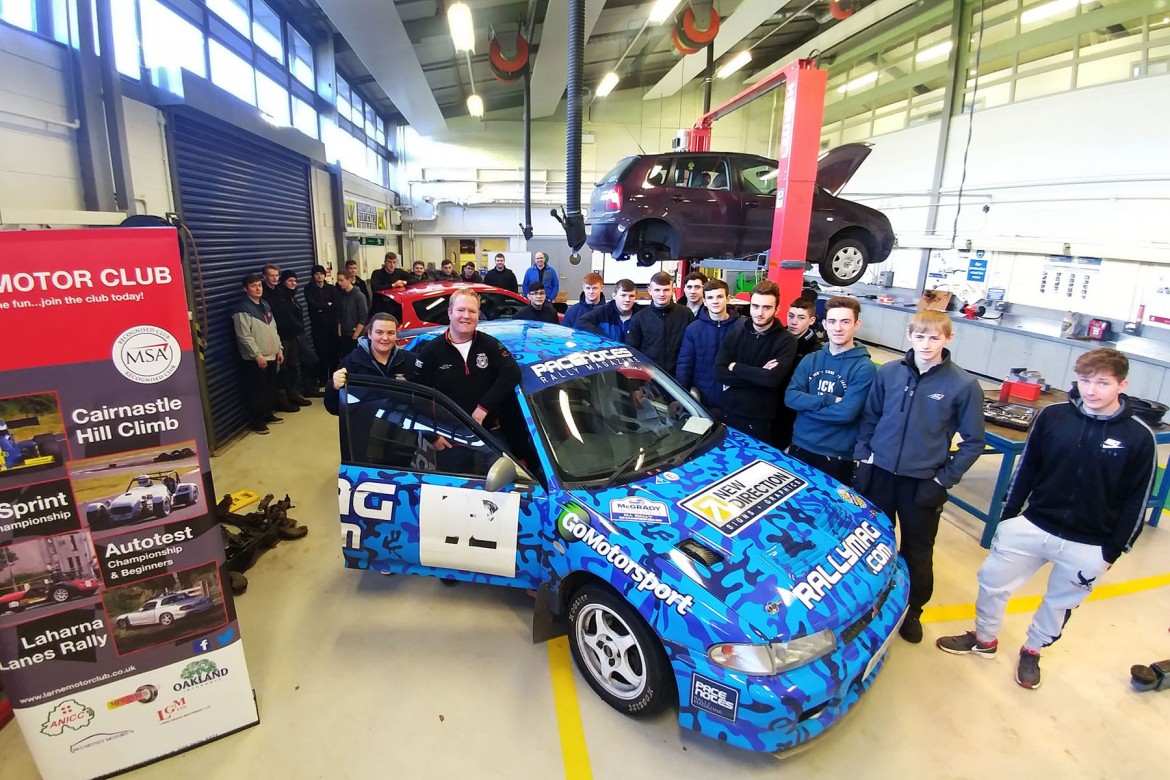 The club, which finished runner-up in the 2016 JLT MSA Club of the Year, first visited the college in April 2016 when they laid on a ‘Go Motorsport’ demonstration autosolo within the college grounds.

Belfast Met Lecturer Steven McKeegan, who is also a licensed MSA scrutineer, secured the use of the venue, and the demonstration allowed students to enjoy passenger runs in the cars. They also had an opportunity to look around some specialist autotest vehicles, as well as watch a car extraction demonstration thanks to the Northern Ireland Fire and Rescue Service. Fast-forward to 2017 and the club is continuing its links with the college. On 27 February, Jonathan Millar arrived with his Citroen C2, a car that he uses at autotests and targa rallies, while RDO Jonathan MacDonald brought a Mitsubishi Lancer Evo 2 stage rally car.

After a short presentation about motorsport, which included a video showing action from Larne Motor Club’s autotest, the students had an opportunity to look around the cars and ask questions.

“We’ve had three students join the club from Belfast Met,” Jonathan Millar said. “Last year’s event at the college was very well received and a couple of the students were reminiscing about it during February’s visit. It’s great that they still talk about it and you can be sure that they’ve told other people about it too.” He added: “If you can get one or two new members out of it then it’s a positive result so it’s good to maintain links with the college and I think it would be worthwhile doing another demonstration there this year.”

Enticing new blood into the sport isn’t easy. In fact, some might say it’s an impossible task but Larne Motor Club is proving that simply isn’t true. With a bit of dedicated effort from one or two club members, other clubs could mirror the success that Larne Motor Club is enjoying. So what are you waiting for?

Go for it…and don’t be afraid to contact your local Regional Development Officer if you would like some support! 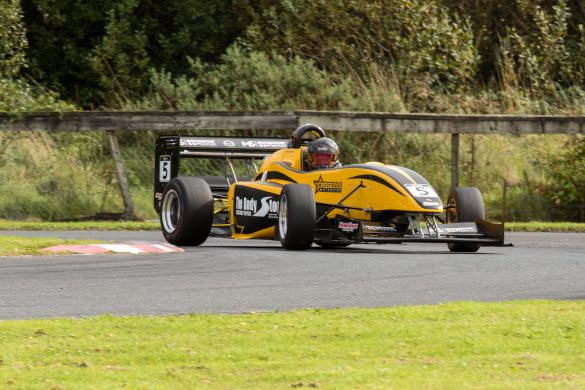