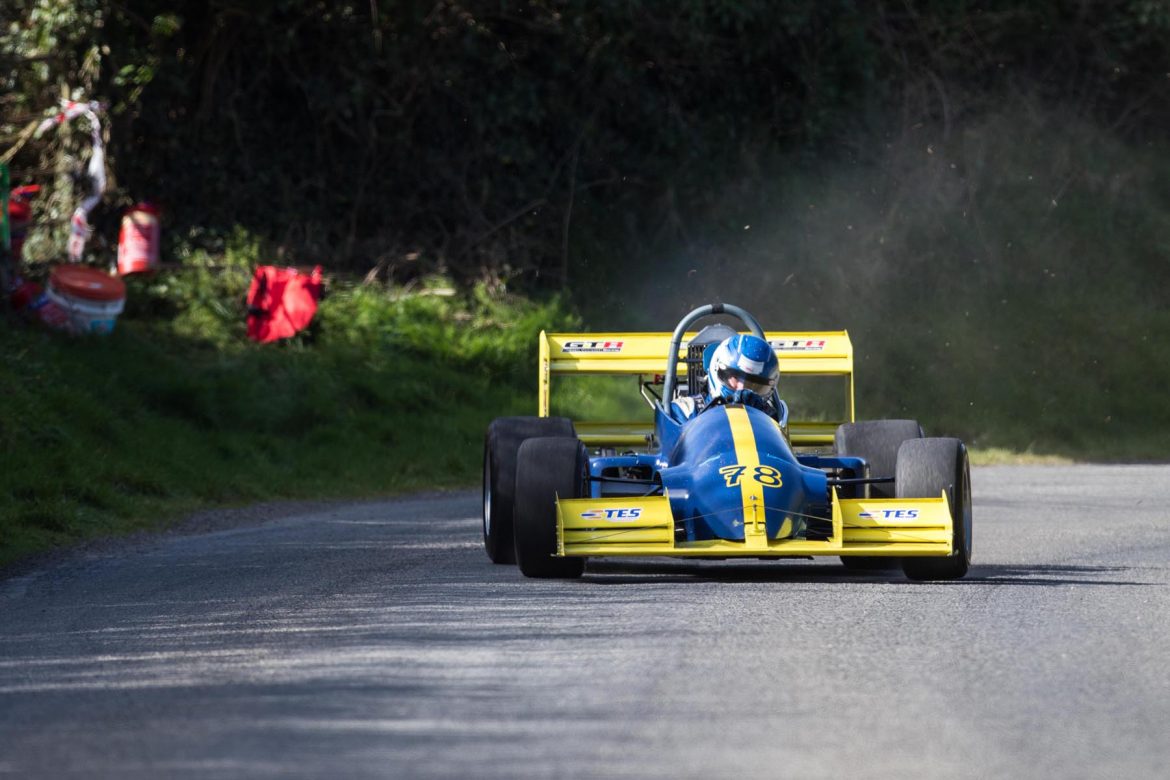 Located just outside Cultra in County Down sits the Creightons Green Road which came alive to the sights and sounds of racing cars recently.

Those involved with motorsport will know that this stretch of road signals the start of the Northern Ireland Hillclimb Championship and an event that is hosted by the Thoroughbred Sports Car Club of Northern Ireland.

It sees competitors meander their way up this short and technical course towards Whinney Hill, on the outskirts of Hollywood.

Everything you can imagine with 4-wheels runs up this course from vintage Alfa’s to Subaru Impreza’s, from a classic Porsche 911 to a Ford Ka, and from an Austin 7 Ulster to open wheeled single-seater race cars.

There is absolutely everything in between, too. However, the highlight for me was seeing the vintage cars being enjoyed, all of them very aware of the stopwatch keeping their track.

Outside of this, the top three of Graham Thompson, Chris Houston and Tim Woodside tried their best to demolish the stopwatch.

“Preparation went well, the hill was swept, a large pothole was filled in (I knew that coldmix would come in handy some day), the big blue bales were placed where necessary and after a bit of a 10m hiccup, the finish line was re-painted in the right place.

“After last year’s chaos of vans and trailers all meeting in the middle, the one-way system seemed to do the trick and all appeared to go reasonably smoothly.  Trailers were moved to the trailer parks and generally there was enough room for everybody, even with Patrick and Rory’s 100m long wagon train that included a barbeque area, paddling pool and bar.”

Colin continued, “74 starters, first car up the hill at 10:20, all went well for the first practice run until the arrival of Tommy Gardiner at the finish, his car sounding like there was a Blue Man concert going on under the bonnet.  A very early bath for Tommy after coming up all the way from Galway.  Life can be a bollix.

“Practice runs over, it was time for the real McCoy.  Rain threatened play for a short while, but it never arrived in anger, just a few splashes.

“Graham Thompson set a blistering first run time of 33.12 seconds, with all the other class 14 and 15 cars hot on his tail.  Jack Boal and Ian Lancashire were in there mixing it with the single seaters right from the off, evidence of what 650ish horses, 4-wheel-drive and a modicum of talent can achieve.

“The 2nd run all went swimmingly well, with most people a smidgen faster, but then the first incident of the day with Paul Hamill putting the Tiger Suzuki up the bank and a broken lower wishbone.

“The 3rd run went much the same way with most people shaving another few 10ths off their times, but nothing too dramatic, so in the end, Graham Thompson’s blistering first run was the FTD, with Christopher Houston 2nd and Tim Woodside 3rd.  Ryan McGimpsey was 4th, first of the class 14 cars, with Ian Lancashire an impressive 9th overall.  Jack Boal was 10th overall and first of the class 7 cars.

“Patrick Roche was 14th overall in his new and gleaming Escort RSR, a successful return to the hills after his disastrous outing at Cairncastle last year.  Dara Fay had a great day, finishing 16th overall in the little 1400 Suzuki Swift, doing his usual giant-killing performance.

“It was great to see such a good turn-out of the vintage cars, some now approaching 100 years old, they have their own handicap system, but Michael Taylor had the fastest time of 49.05, not too big a gap to the modern cars.

“There was one more incident, kept quiet but reported by the motorcycle marshal (my younger brother Barry McBride) who was ‘sweeper’ and followed the last car up the hill of each run.  He rounded one of the corners to find Gardner McIlwaine with the nose into the inside of a corner and unable to get out.  Apparently Gardner was distracted by some early spring flowers and decided to have a look, but ended up having to be pulled out of the ditch by hand.

“It’s OK Gardner, we’ll keep it quiet, nobody will hear about it.

Colin concluded, “That’s just about it for Croft 2022.  No fourth run this year, but most people away home happy and looking forward to the next event in 2 weeks time at Craigantlet, though it is oversubscribed and there were a few people disappointed at not gaining an entry.  Hopefully see most of you there, though I personally will be just spectating this time.  Have a good 2022 season.”

The full results can be seen at: http://resultsman.co.uk/LiveTiming/EventViewer.php?DB=McAleer&EventID=1555&GroupID=30741&Trap=5&Sorted=0&Mode=1&Sorted=1 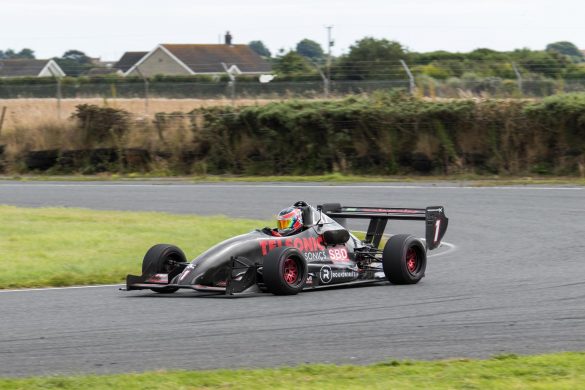 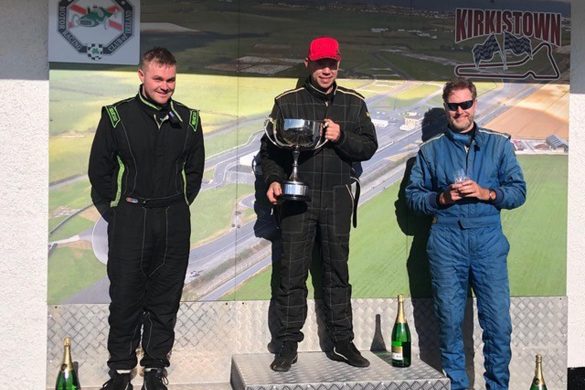