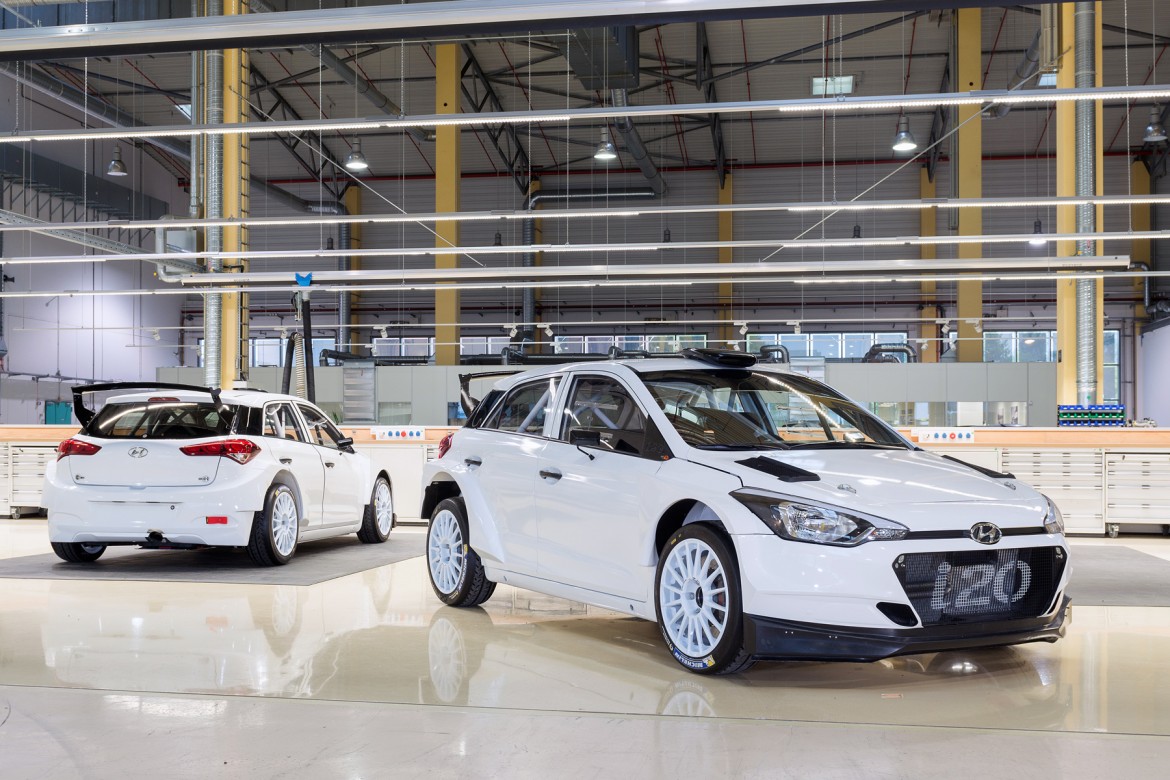 The Prestone MSA British Rally Championship, along with Hyundai Motorsport Customer Racing, has today (7 February) confirmed that two Hyundai i20 R5 test days are up for grabs for crews tackling the 2018 Junior BRC.

In 2017, the British Rally Championship experienced one of the closest and most hard-fought championships in recent years and the Junior BRC was no exception.

Five different crews took to the top step across the eight rounds with the glory being shared between the Ford Fiesta R2T, Peugeot 208 R2 and Opel ADAM R2 machines.

The 2018 Junior BRC prizes will be on offer for drivers aged 26 and under, competing in the front-wheel-drive R2 category. The award will include a day-long test with the Hyundai Motorsport team, with drivers getting behind the wheel of the latest i20 R5 in southern Europe. The first prize up for grabs will be for the driver and co-driver leading the Junior BRC after the third round of the series – the Renties Ypres Rally. The second test day will be awarded to the overall champion at the end of Dayinsure Wales Rally GB. If the result is the same crew, the test will be awarded to the runner up in the 2018 series.

The successful teams will join the Hyundai Motorsport Customer Racing test team for a day’s running in the i20 R5. The opportunity to get behind the wheel of the car will give the crew a chance to sample the speed and handling of the four-wheel drive R5 machine, which all the Junior BRC entrants will be aiming to move into as their careers progress.

“We are delighted to announce such an exciting prize with Hyundai Motorsport ahead of the new season,” enthused BRC Championship Manager Iain Campbell. “The Junior BRC in 2017 created a monumental fight for supremacy on the stages and 2018 will be no different. It’s a real incentive for aspiring crews and will enable our young drivers to get a taste of the next step on the rallying career ladder, as they get to work side by side with some of the best in the WRC business.”

“We are excited to be able to offer two 2018 Junior BRC crews the chance to test the i20 R5,” declared Hyundai Motorsport Customer Racing Senior Sales Associate Andrew Johns. “The BRC is a very competitive series, with some very strong crews in all the classes. The opportunity to drive the car will provide a good foundation for the young drivers and co-drivers in the early stages of their career as they aim to progress to the senior category in future years.”

Registrations for the eagerly anticipated 2018 Prestone MSA British Rally Championship season are now open ahead of the opening round – the Border Counties Rally on 10/11 March. Visit www.msabrc.com for further championship information.

if you are a fan of rally, great cars and Hyundai particularly – check out our track test of the all-new Hyundai i30N now –

WE TRACK TEST A HYUNDAI

WE DRIVE THE SAFEST FAMILY CAR IN EUROPE…