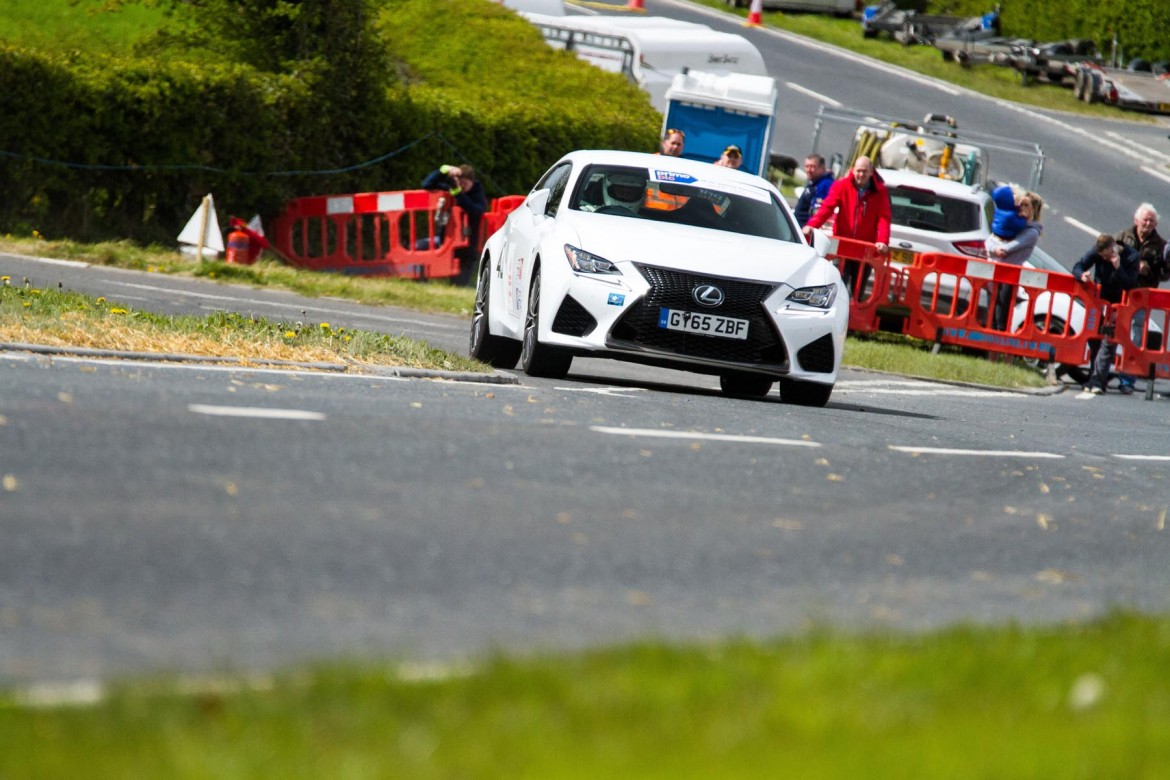 During the launch of the Isuzu D-Max I think it was, I ended up in the company of Scottish journalist David Finlay over lunch. During the general mutterings at the table it transpired that David was in fact travelling over to Belfast to compete at Craigantlet Hillclimb soon after.

Starting off on the Hill and Sprint championships in Scotland David took the advice of fellow drivers and turned his hand to racing which is what he calls his home sport, however with increasing financial demands and large amounts of spare time required for racing – David has returned to the Hills in recent years. This return to the Hills wasn’t without a foray at other disciplines such as Autosolo, Autotest and despite wanting to try his hand at Rallying, David has only managed a navigational event but I am sure will step up to the challenge someday.

The return was also quite random as in 2009 Abarth approached David along with fellow journalist Alisdair Suttie – to take part in an event that year in a Grande Punto whilst in 2010 use the 500 model on an event. This then led to – in 2013, Vauxhall approaching the chaps to take on a full season in the Astra VXR.

The following winter – after a year of doing just one event in a VW Golf R – David and Alisdair pondered on the idea of using a different car for every event and as such the Multi-Car Hillclimb Challenge was born.

To their surprise, they managed to secure double the amount of cars they had estimated on possibly borrowing from the various manufacturers and in 2015 were probably even the first ever drivers to take on a Hillclimb in the then new – turbocharged Civic Type-R. The best part for me is the fact that, with only a few exceptions – all of the cars used are 100% standard production road cars as you would buy from the showroom. With that – comes the fact that anyone can take part in competitive motorsport in nothing more than the car that you drive daily!

Having taken to the Hillclimbs myself in the road-going class I really can relate to this category and there are so many fantastic handling, affordable used cars out there with plenty of grunt that with an MSA licence, basic safety garments and helmet that meet the regulations – so many people could be enjoying a great sport.

All of the NI Championship Hillclimbs are on closed public roads with just one TSCC club event meandering up the drive of the Cultra Manor – this event is in fact is the oldest active Hillclimb in the world.

In 2016 Alisdair cut back on the amount of events dual-entered with David due to other commitments however this didn’t stop David from pursuing more cars and trying his best not to use any one car more than once.

One exception was the Honda Civic Type-R which David brought to Craigantlet last year and I guess it worked as he now holds the Class 2 – ‘Road Going Series Production Cars over 1700cc 2WD’ record on the Belfast Hill. Come to a few weeks ago now and David returned to the Hills close to Stormont – this time in a Lexus RC-F, the Multi-Car Hillclimb Challenge’s 25th car in just over two years and with it David brought noise, lots of noise via the V8 soundtrack of the rear-wheel-drive Japanese saloon.

On chatting with David after his first practice run in the wet, he wasn’t sure that the right car for the event had been brought – though once things dried up he wasn’t long in getting the power down and using all of the road as the luxury saloon squirmed its way up the Belmont Road.

Raising awareness for the Nationwide Association of Blood Bikes the Multi-Car Hillclimb Challenge is supported by just one sponsor – Primo plc Multi Vehicle Insurance – a company who also like a good challenge and offer insurance to those with several cars.

Last year David set a class record on his visit to Belfast and although he didn’t manage to break his own record this year he did manage to take British Hillclimb Championship points home – only the second time since 1947 that a standard production car has managed to do so. It is a very complicated story but basically to score points you almost certainly need to be in a very fast, very expensive single-seater but due to Craigantlet and Channel Island events coming with the extra expense of getting to the event and accommodation etc. the entry numbers within the BHC are low.

As such – all it took last year and this year for David to score points was to show up and hope that a few single seaters retired – at which point promoting him to the top ten shoot-out and instant points in a car which would not dream of points on any mainland UK event. 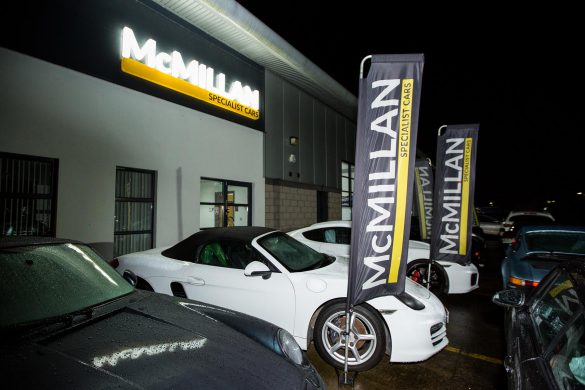