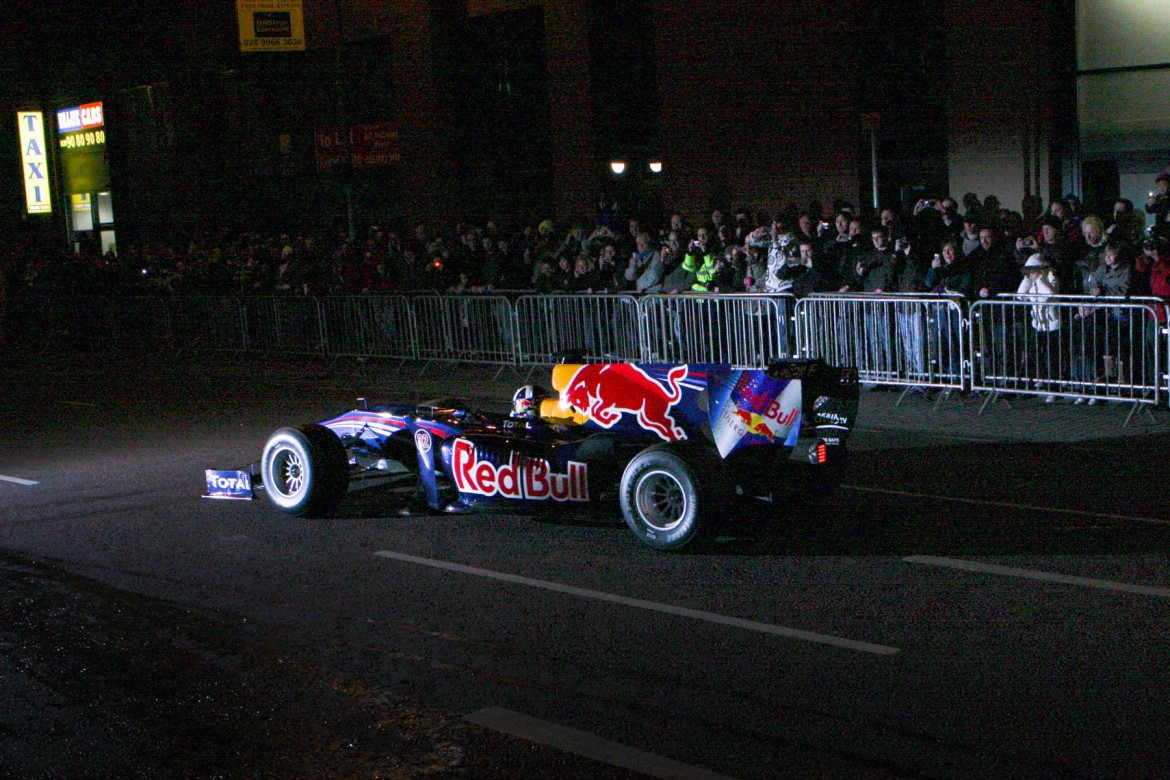 The car in question, a Red Bull Racing machine, is from the legendary era of F1, where V8 ruled and, in the hands of Sebastian Vettel, this car that will perform an up-close and high-octane demonstration in front of thousands, will provide that iconic soundtrack of F1, which sadly is no more.

This one-of-a-kind show is free to attend and from noon, there will be a static display in the grounds of Belfast City Hall in which you can get a real idea of what an F1 pit garage looks and feels like, as well as seeing the RB8 in closer detail before Coulthard gets let loose on the streets, after dark.

It really is a night not to be missed by motorsport fans – offering a family friendly event; it’s time to wrap up warm, dig the pac-a-mac out of storage, and head to Belfast for a night of unforgettable noise, tyre smoke and legendary drivers. Joining Coulthard on the night will be motorcycle stunt rider Mattie Griffin from Galway, who this year enthralled what I’d imagine is his biggest ever audience at the Goodwood Festival of Speed – I caught Mattie at a motorcycle event at the Eikon centre earlier this year, and was mesmerised.

Also on hand will be one of Ireland’s youngest professional drivers, all the way from Cork, global drifting star Conor Shanahan is sure to captivate the crowds with his precision driving.

The 15-year-old will be driving his Nissan 180sx which has seen him victorious in some of Europe’s toughest drift events, taking down the current world champion – however, does his attendance at this event in Belfast, hint at a partnership of some description with Red Bull? Let’s hope so!

Finally, local two-wheeled stars Jeremy McWilliams and Ryan Farquhar will provide more adrenaline than a stag-do in Benidorm, as former MotoGP ace Jeremy, will be riding one of Ryan’s KMR Kawasaki Supertwin bikes.

McWilliams commented “As far as motorcycles go, it’s probably the next loudest bike to a MotoGP bike. Whenever you hear a Formula One car, it’s all part of it, and they’ll get the same feeling from this bike – the sound of the 650b turbo twin exhaust will sound great bouncing off the city walls”

Ryan tells us. “The sound coming off the buildings will be amazing. I’ve been hearing it for a few years now but to hear it going off large buildings, it’ll multiply.” During a press conference today at The Grand Central hotel in Belfast, David Coulthard expressed his love of Belfast and its people whilst, commending the motorsport community here and despite not having an international racing circuit, Coulthard made reference to a strong rally heritage.

We have seen some rallying greats here over the years, as well as producing some quality drivers and navigators that have competed incredibly successful at the top level of the sport. David also highlighted the fact that Ireland has produced some world class drivers in other motorsport initiatives.

I assume he meant drifting and motorcycle racing, and despite expressing his complete lack of want to do anything involving two-wheels, he praised four-time WSBK series champion, Jonathan Rea from Ballyclare. It is 8-years since Coulthard last drove a Red Bull Racing Formula One car on the streets of Belfast, the opening image of this article from that exact night and tomorrow from 6.00pm, the roads around Belfast’s City Hall will come to a stand-still and the best ways to access the event are via Donegal Place, Arthur Street, Upper Arthur Street, Donegall Square East, Donegall Square West, Queen St and upper Queen St.

From 8.00pm, you may need to don some ear protection and climb a small ladder to see over the crowds as this is when the action will kick off with the live demo-runs from all of the aforementioned athletes and their racing machines. 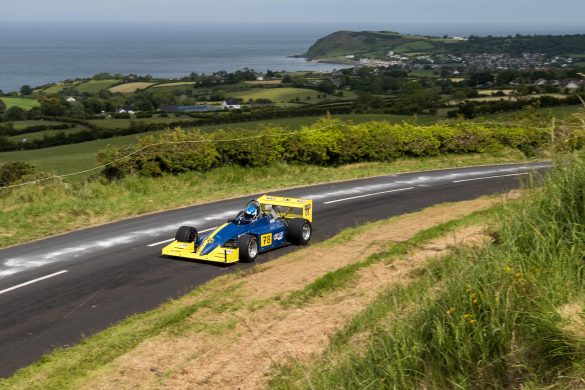