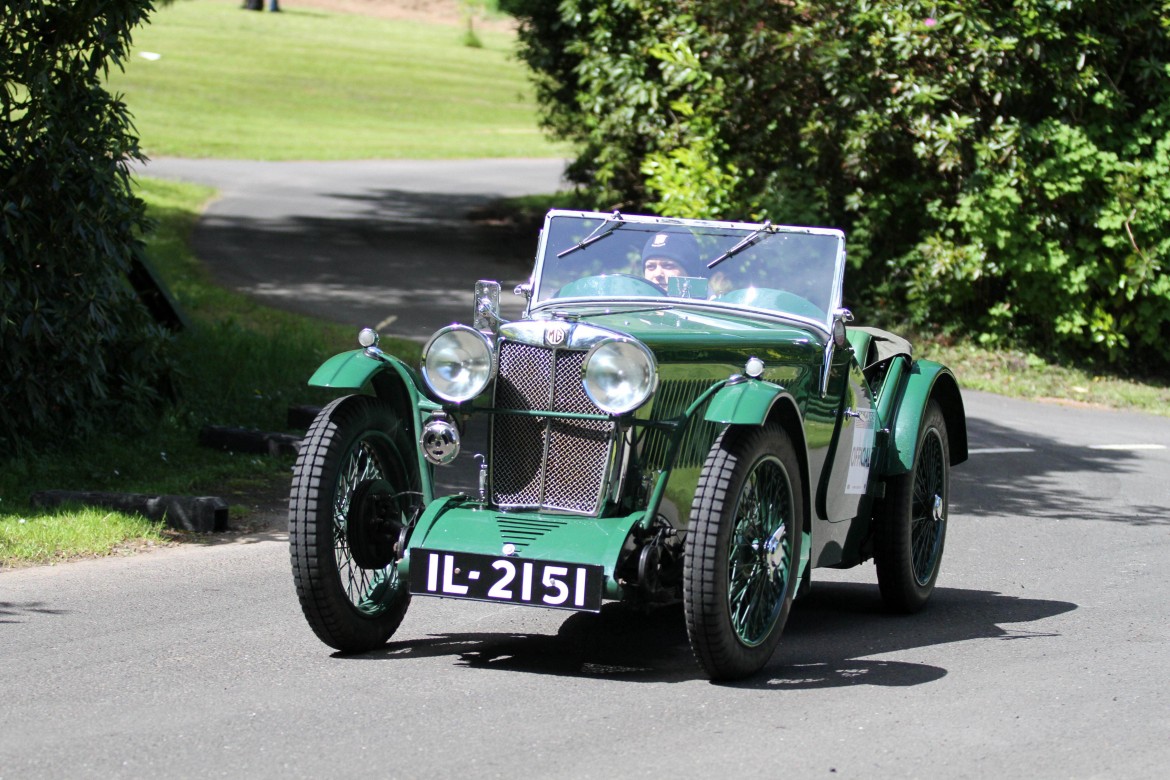 Northern Ireland’s Prestigious 111 year old Cultra hillclimb will this year be celebrating Pre-War MG’s with the theme of “Midget Gems” with organisers hoping to have an example of just about every road going M.G. ever made during that fabulous period, with up to six Pre-WW2 MG’s competing in the Ards & North Down Council Supported speed hill-climb competition.

The Saturday June 11th event is based in the grounds of the Ulster Folk & Transport Museum Northern Ireland and will again be run in partnership with the Thoroughbred Sports Car Club NI, allowing Ireland’s piece of motoring heritage to be celebrated in the unique parkland setting that surrounds the Edwardian Cultra Manor. This year’s hillclimb event is a truly international affair and will see the arrival of the Ulster Triple-M Tour, organised by the M.G. Car Club Triple M Register and will provide one of the largest gatherings of pre-war M.G.s seen in Ulster since the 1930s. The English marque won the Ards TT race three times and amongst the sixty confirmed entries will be 3 actual TT cars, Goldie Gardner’s C Type (1931), Luis Fontes’s J4 (1934) and Aubrey Ashton-Rigby’s L2 (1934).

Adding to the International scope of the event will be three rare K3 Magnettes one from England, one from Germany and one from Australia, which represents ten per cent of the total production of thirty three K3s. The Gillett families’ Australian based supercharged 1067c.c K3 passed through the hands of Prince Chula and his cousin Prince Bira, who drove the car at Brooklands and Donnington in 1935/36. It was exported to Australia for the 1936 Australian Grand Prix and over the next 20 years competed in almost every Australian Grand Prix including the first Albert Park GP in 1953. Acquired by its present owners in 2009, the car is still very original and has been completely mechanically refurbished. It is now is actively raced and hill-climbed in Historic Racing events in Australia.

Each year the organiser’s have an ethos of attracting cars with an Irish connection or history and this year it is exemplified in the return of the famous ‘one-eyed Sprite’. The 1960 MK1 Austin-Healey Sprite, registered TZA 238 was imported from England by Alec Poole’s family company, Booth Poole & Co Ltd, Dublin. After assembly the car was sprayed ‘Irish Green’ and the former 1969 BTCC champion then used the 1275cc Sprite to compete in motorsport events from 1962 to 1964, notably Dunboyne in the mid 60’s, 1964 Circuit of Ireland and the 1964 Welsh International rally.

The car then moved to England and became one of the most successful Sprites of its era and after a gap of more than 50 years the car will be returning to compete with its current owner James Thacker.

Several stand-out MK11’s will be competing and ex-works 9253 WD one of only four alloy bodied MkII Sprites to be built to compete in the 3 Hour race at Sebring, in March 1962 will be on display. In the race, 9253 WD was driven to 6th place by Pedro Rodriguez. 9253 WD also competed at the Bahamas Speed Week in Nassau, during December 1962. At the end of 2014, the TV restoration programme CAR S.O.S. took the car and sympathetically restored it back to its 1962 race specification. Adding interest to the parkland surrounding the manor will be a display in celebration of BMW’s 100th Anniversary and the attendance of the 1975 Donegal Rally winning 2002 (driven by Achim Warmbold navigated by John Davenport). The BMW 2002 model is one of the most celebrated of modern BMWs and is one of two cars built by BMW Motorsport in 1974/75 using a modified M12/7 Formula 2 engine.

SUZUKI THRILL WITH THE ALL NEW VITARA S