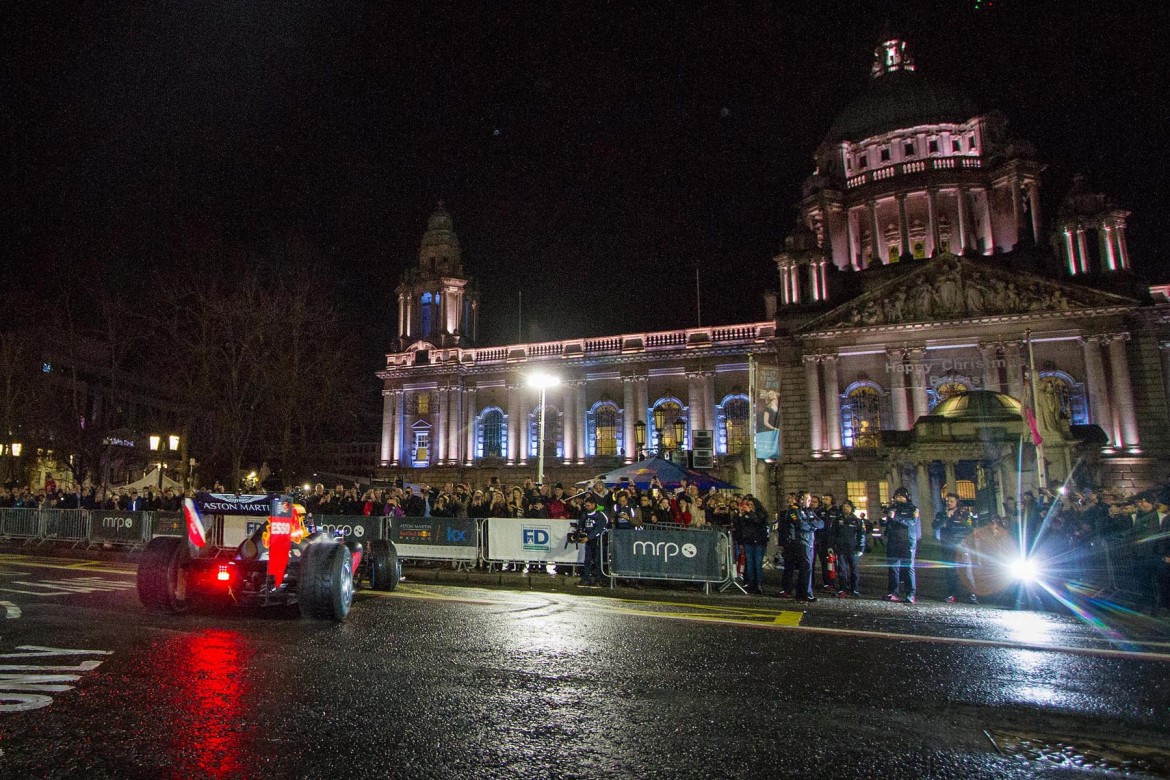 Belfast city centre was buzzing last weekend with the return of the Red Bull F1 Showrun to the city, attracting in excess of 35,000 spectators, nearly twice as many as before.

The sportsmen revved up a high-octane mixture of donuts, drifts, burnouts, speed stretches, road racing and F1 magic outside City Hall, as well as chatting to the welcoming crowd. Scotland’s David Coulthard, a former Formula One driving star, ripped up the streets of Belfast City Centre last night in a Red Bull Racing, ‘RB8’ Formula One racing car in front of thousands of spectators on a damp autumnal evening…

Motorsports fans queued from 12-noon until 5pm to see the Red Bull F1 Racing car which was on display for the public in front of City Hall and many stayed in the city centre to get access to the best vantage points for the event, which was also shown on 3 big screens.

Belfast is one of only four cities in the world, to which Red Bull brought the F1 Showrun in 2018.

Red Bull Racing returned to the capitol of Northern Ireland after nearly a decade, for another live public show in the city centre.  Again driven by David Coulthard, this time driving the 2012 championship winning Formula 1 car, he braved the wet conditions in front of city hall for some fly-by runs and donuts to the huge crowd who lined Chichester Street.

Those of you that remember the last event, it was solely a F1 affair.  This time Red Bull sought to make much more of a visual spectacle inviting along local motorcycle racing legends Ryan Farquhar and Jeremy McWilliams who wasted no time in lighting up the back wheel. We also had 37 year old Galway stunt rider Mattie Griffin defying the laws of physics with some incredible stunts, despite the damp conditions, making it especially tricky!

He has lived and breathed anything with two wheels since a young age and this is his dream job, so the hours of practice he undertakes everyday means he makes these stunts look effortless in every performance.

Imagine being 15 years old and in charge of drifting a Nissan 180SX through the streets of Belfast – well this is exactly what Drift prodigy, Conor Shanahan got to do, as he was also in attendance.  Conor is surely one to watch out for.

The sound and smoke (albeit with a lot of water spray) that filled the air between the buildings while Conor danced his old Datsun along the formidable bus lanes, was surely something special for many who have never experienced drifting, I had the chance to catch up with Conor before the event and this is what he had to say. It’s not every day you get to see a 15-year-old professional drifter on the streets of Belfast City Centre, but here is Cork youngster Conor Shanahan bringing the sport to the people during the Red Bull Formula One display…

“This is my first time in Belfast and I can’t wait to put on a show – I am pleased to say I am now a Red Bull Athlete – I can’t wait for it and hopefully they can help me out and give me what I want to go places.”

Shanahan continued “Next year will be Red Bull’s first year on the car and hopefully things will get bigger and bigger with them – it’s up to me to impress though, I’m over the moon!”

DC and the Red Bull F1 car was the star of the show for most, with the smell of well warmed wets and that incredible Grand Prix noise reverberating off the cities buildings, it made for a fantastic evening’s entertainment for everyone, not just motorsport fans.

For the local two-wheel fraternity, it was Jeremy and Ryan who stole the show however and I must admit, that after picking my jaw off the floor from watching Mattie and Conor’s performances, it was the racing bikes that left me weak at the knees. There is no doubt this was a great night of entertaining motorsport for all the family! Even if you were not a petrol head before, you would still have enjoyed the thrills and atmosphere.

It’s great to see it brought to the streets of Belfast and hope this isn’t the last time we see and hear an F1 car tearing up the tarmac in the heart of the city.

Photos: GRAHAM BAALHAM-CURRY
[images must not be used in any way without prior written consent of the photographer] 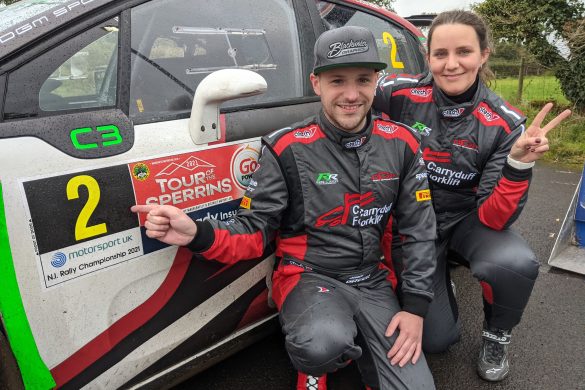