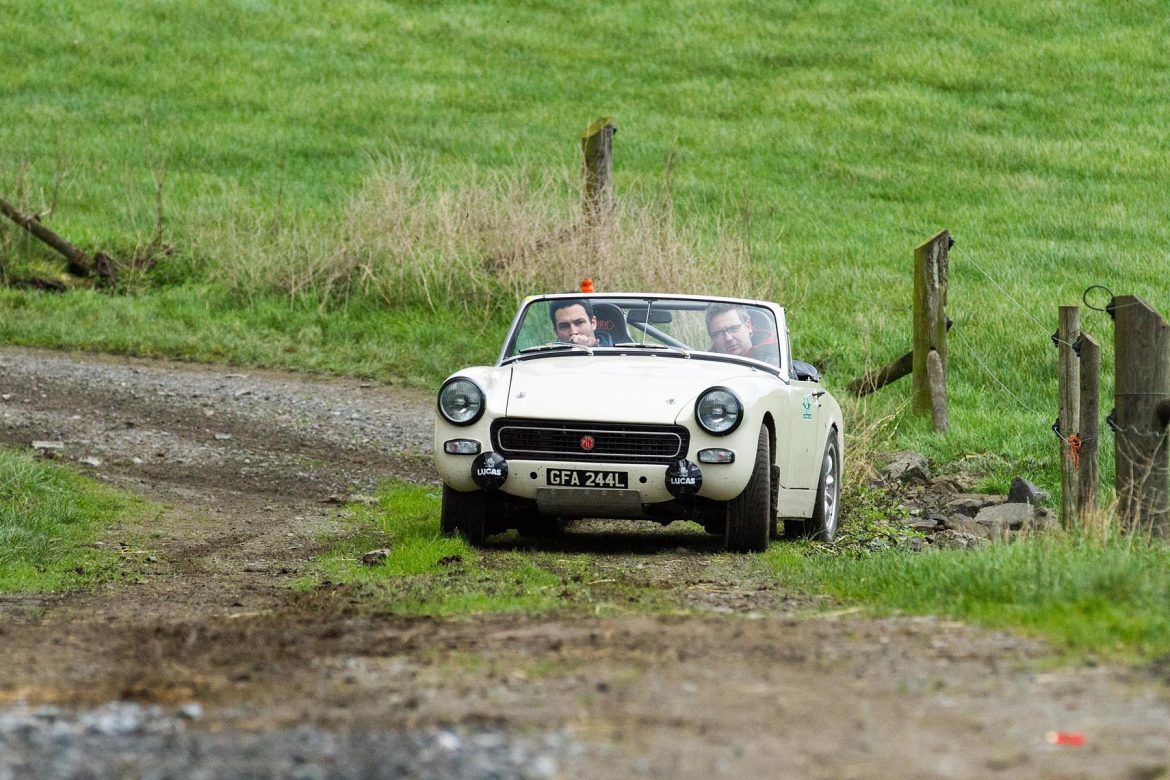 We have all discovered by now that life is not fair, writes Gordon Buckley of the MG Car Club’s Ulster Centre. The dramatic difference in this year’s event compared to last year’s, was undoubtedly the weather.

It makes all the difference in the world and yet it is the one thing over which organisers have no control. We were delighted to get the benefit this year however, and took full advantage of the dry weather on both the event and on the set-up day beforehand.

The staff at the Echlinville Distillery outside Kirkubbin, which was used at event HQ, were superb, and this year they allowed us to use a large additional parking area beside the distillery for the parking of trailers.

Very soon this entire area was practically full and we are left to wonder how we managed last year without it. Cars were scrutineered and crews signed on.

Soon a queue had formed for a welcome breakfast bap and the sound of tuned engines ripped in the morning air. How we are going to miss this magic if things go fully electric and classic trials and rallies become a thing of the past.

With the driver’s briefing done, the first car crossed the start line. Appropriately this was our President, Mike Armstrong in his beautiful MG TD. Times change though and at the wheel was grandson Zak, brimming with enthusiasm.

The first test was a short blast round the distillery yard just to remove the cobwebs and get the show on the road. Remarkably though, one of our top autotesters, Robin Lyons, managed to pick up a fail through the simplest mistake and this was to prove highly significant later.

Running on what sounded like two cylinders was Trevor McIlroy in the Frogeye Sprite. Hoping the engine would clear, Trevor pushed on but, alas, he was to become the first casualty of the day.

However not far behind him in the retirement stakes was Ralph Ewing whose Midget was whining from a gearbox problem. Frustratingly, Ralph had just had a professional gearbox rebuild. Three tests later his clutch had failed and he and navigator Valerie Heron were back at base.

Consolation by retail therapy, however, came in the purchase of a nice bottle of gin.

Bryan Mutch too had problems when the gear lever of his trusty Fiat 127, a new acquisition, came off in his hand. A trip back to Carryduff and Bryan & Ken McEntee continued in an MX5. Not counting in results but the Scotsman nevertheless got his money’s worth.

The tests varied between farmyards, old wartime runways and slithering muddy lanes. Deftly mastering the traction problem was Will Corry, patiently keeping the wheel spin to a minimum but driving hard when grip was there and leaving nothing but a nostalgic aroma of Castrol R behind.

Driving exceptionally well was Robert Dickson in the Mini. He was flying but was to fall foul of the Mini Achilles-heel and broke a drive shaft in the yard of Ballyhemlin House after an impressive tail throw/nose throw combination.

Unfortunately he had lent a spare shaft to Sam Baird who also broke a shaft in his Hornet. Remarkably, Robert was to get going again and managed to climb back to 6th overall.

Also going hard were Robin Lyons and David Cochrane, proving once again that autotest skills can be inherited.

In the MX5 battle and also impressing with the level of attack and commitment was Gareth Dillon. Watching the large car being thrown with abandon around the walls at Walker’s farm was a real eye-opener.

The championship autotesters continued to show their class as Norman Ferguson looked like a 20 year old in the Mini and Ron Mullan also continues to defy the onset of age in the Yaris, earning praise from passenger Harold Hassard. Frank Lenaghan was going well too.

Back then to Echlinville for a quick lunch break before heading off to repeat a number of the tests.

One thing that could not go without notice was the number of Johnson family members competing.

Together they formed four Sprite and Midget crews, ranging from young Patrick through to Dermot, Andy and Michael with various others in the passenger seats.

I tried to think of a collective noun for such a gathering and could only come up with “A jolly of Johnsons” which is certainly appropriate as all of them seemed to spend their day smiling.

There was a good atmosphere back at Echlinville, reminiscent of those Retro days, with groups gathered in the car park discussing everything car-related and leaving politics and any other daily problems far behind.

And so to the results!

Winners in great style were, once again, Will Corry and Pete Moreland-Moore.A near faultless performance marred only by some damage to the left rear quarter but, happily, easily rectified. Will and Pete had worked long hours into the night to get the A Series Midget ready for the event.

As with Ralph, a professionally built gearbox had seized when running-in and the engine was in and out of the car several times; but it was all worthwhile and the honours, and our congratulations, go to them once again.

In 2nd place overall was Robin Lyons and 3rd went to Norman Ferguson.

Thanks are due to Jordan Fox for crossing the sheugh in the ex-Corry Midget and to all others who travelled distances to take part and support us. A special word must go to Chris & Jody Patterson braving the cold in the open-plan Beach Buggy.

Chris, better known as a World Rally Championship co-driver, than a clubman driver commented when asked what the event was like compared to Rallye Monte Carlo – “It’s every bit as slippy in places!”.

We owe an enormous debt to Noel Cochrane and Richard McCracken for putting the event together and to all the marshals, many of whom stood out in cold and windswept areas.

Thanks to the landowners for letting us play in their yards and, of course, to Echlinville who couldn’t do enough for us.

Thank you all for an outstanding event.

Words: GORDON BUCKLEY | Photos: GRAHAM BAALHAM-CURRY
images must not be used in any way without prior written consent of the photographer 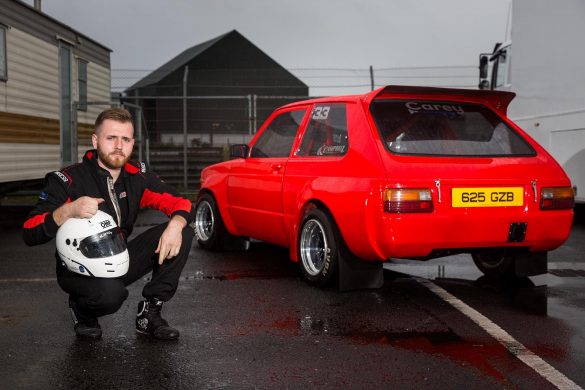 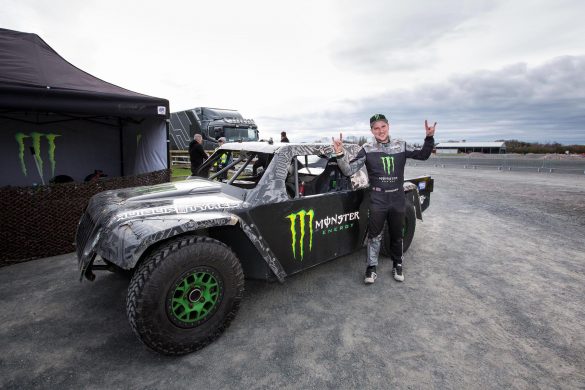