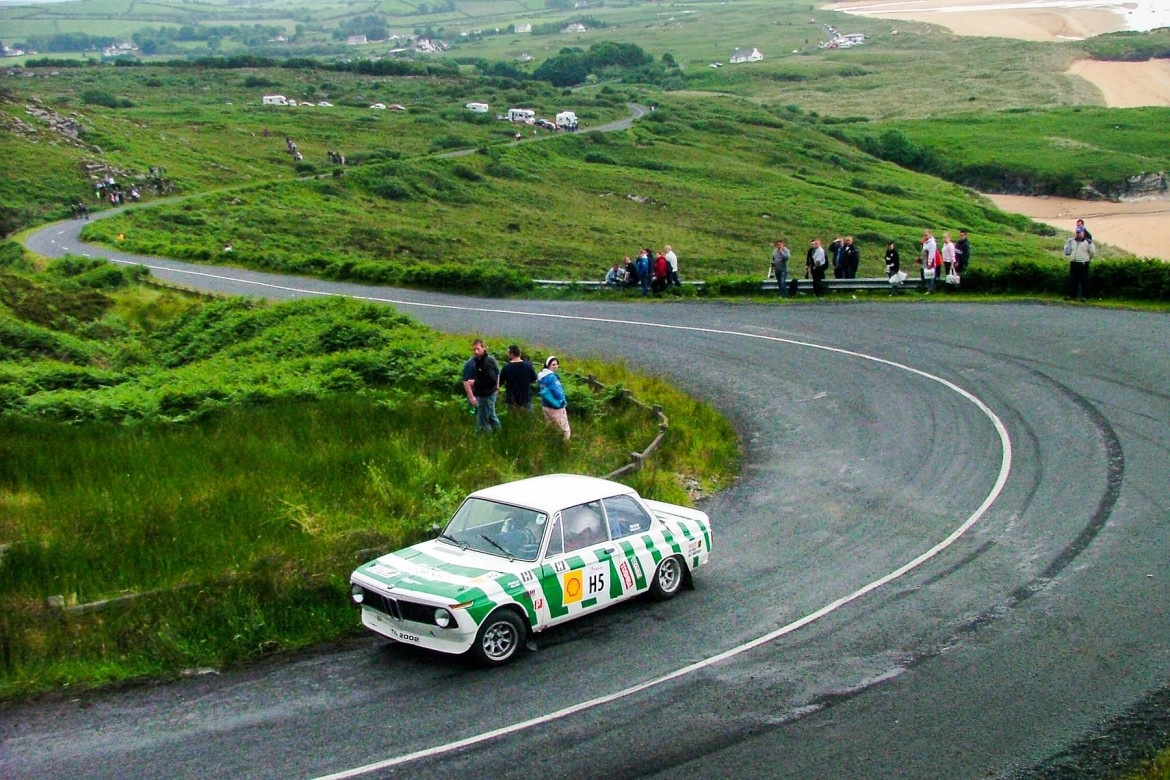 Déjà Vu Motorsport is bringing another of its rally reunion extravaganzas to the friendliest of all rally lands – Donegal, and the DONEGAL HOSPICE has been chosen as the designated charity.

“We are delighted to have been chosen as the beneficiary from this spectacular event which will bring so many former Donegal International Rally winners and competitors and their cars back to The Hills for the parade through the classic Donegal rally stages” said Grace Boyle the Hospice Chairperson, speaking at today’s launch in Letterkenny.

“Our Dèjà Motorsport events have visited Killarney, Belfast and Sicily and have raised over €100,000 for deserving charities. There is none more deserving than the Donegal Hospice so we are delighted to be bringing this event to the most friendly rallying county in the land.” said Alan (Plum) Tyndall, former Donegal Rally Press Officer and Producer of the RPM television programmes, and Dr. Beatty Crawford, former international rally navigator and Circuit of Ireland winner, who organise the Dèjà Vu Motorsport events.

Cathal Curley and a Porsche 911, similar to the one that the Derryman drove to victory in one of his three wins which kicked off the event in 1972, ‘73 and ’74, was also present to announce the outline format of the two-day event. HEROES, MAGIC MOTORS & MEMORABLE MILES
An anticipated gathering of over 130 crews will assemble on 30-31 August to reacquaint themselves with their Donegal rallying heroes and many of the fabulous cars that were driven at high speed through ‘The Hills’. However this time will be a more leisurely tour over many of the stages that made the Donegal International Rally a ‘must do’ event over the years.

GALA DINNER
Jackson’s Hotel in Ballybofey has been chosen as the event headquarters and the weekend of memories will climax with a Gala Dinner with top level entertainment and personality interviews.

WEEKEND OF MEMORIES
The event will open on Friday evening with Registration and a Welcome Reception. On Saturday the 120-mile route will take in many of the famous special stages including Glen, Knockalla, Atlantic Drive and Ramelton.

EARLY BIRD REGISTRATION
Registration will open on the 1st. February 2019 on the RPM website – www.rpm-motorsport.com when participants can take advantage of the ‘Early Bird’ registration rates until 1st. May.