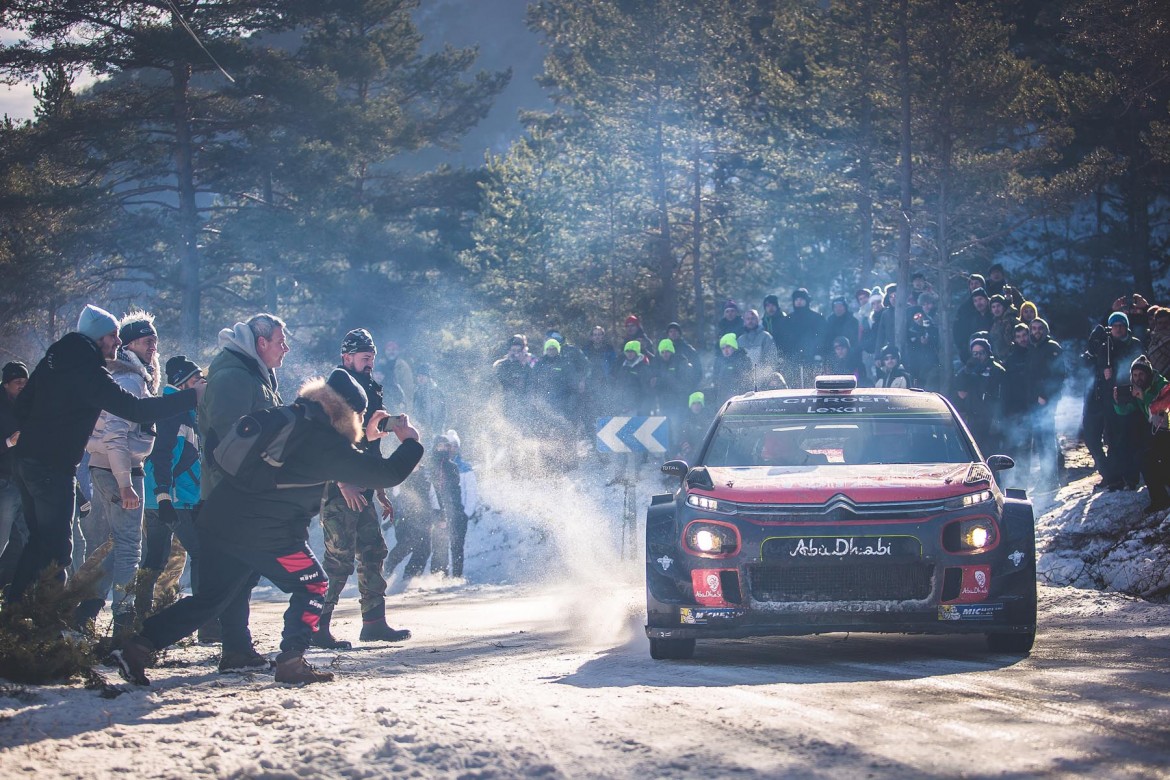 With an all new breed of rally car for the 2017 World Rally Championship, the opening round of the series last weekend in Monte Carlo was set to be an exhilarating one and one with a podium that could be anyone’s.

Anyone’s podium mainly due to the fact that combined with the all new cars, come drivers at the helm of many of the new cars that have moved teams and as such had a severe lack of pre-season testing to acclimatise themselves with the much improved, faster and more aerodynamic cars they will be using.

With four consecutive championships to his name, Seb Ogier would surely be a clear favourite for this year’s title, however the bookies didn’t think so! I think this was mainly due to his switch from VW (who pulled out of the WRC at the end of 2016) to M-Sport where he will drive the Ford Fiesta WRC, a car which Seb has barely tested. Just a week or two before the season opener I was scanning the bookies to see where ‘our boy’, Dungannon’s Kris Meeke featured and in fairness it was no surprise to see that he was joint favourite on a few betting sites aongside four time champion Ogier.

With a full year of testing the ‘new car’ in 2016 behind him and team mate Paul Nagle, on paper they certainly seemed to have the edge over many of the driver/car combinations entered for the WRC17 especially when you consider that they done a part championship last year on top of their extensive testing programme to make sure stage knowledge and Pacenotes were the best they could be coming into WRC17.

With all that in mind, it was time for shakedown on what is the world’s most famous rally and despite the sub-zero temperatures is always the most hotly anticipated of the calendar. A cautious approach to save tyres from Meeke and others left us wanting as to what we could expect from WRC17. Stage 1 was set to bet the telling point for the new cars and drivers, but sadly an incident involving a spectator called for the stage to be cancelled and as such Stage 2 is where all eyes and ears were poised. Thierry Neuville put in a blistering time with Seb Ogier biting at his bumper with Meeke not far away in 4th on this stage.

The next morning started with stage 3 and yet again Neuville shocked with his pace, though it was Ott Tanak in a Fiesta that won the stage however Meeke must have had his porridge as it was him that was biting at the heels of Neuville as he now lay second overall after Ogier had an excursion into a ditch.

Rally Monte Carlo is somewhat of a ‘finishers rally’, simply due to the mixed and treacherous conditions. On any one stage you are more or less promised snow, ice, black ice, slush and dry tarmac meaning tyre choice is always going to be a compromise and simply getting to the stage end in one piece is a challenge of its own. Sadly on stage 4 Meeke and Nagle didn’t make it to the stage end, instead lady luck decided to bugger off to a warm pub and on a fast left hand bend the Emerald crew succumbed to the conditions and left the road, damaging the suspension in the process.

Kris said, ‘I’m gutted for the team on this one. I was driving carefully but it was so complicated, so tricky out there. You just had to live by your wits. On the fast left, I thought there was a bit more snow; it gives a bit more substance, so you get a bit more grip. But when we got there it was completely polished, totally ice.

‘I’d committed to the corner and made my speed for it, but we just couldn’t get round it. So we touched a bank on the outside and that damaged the steering. And that was that. Meeke continued ‘I’m pretty gutted now, of course, but we’re going to keep our chin up and not let this defeat us. We’ll be back out tomorrow, hoping to learn more about the stages, the conditions and the new car.’ Under Rally 2 rules, Meeke and Nagle started the rally the following morning; refreshed, recharged and refocused, ready to get to the finish and use the rest of the event as a valuable test session more than anything else but lady luck must have got lucky as she stayed in bed.

On the second stage of this leg the crew suffered engine woes that saw them stopped on the stage for longer than any crew would wish for and at the stage end Meeke commented “We had a problem and had to stop and do some repairs.”

The Citroen C3 WRC continued through the next few stages without much to report and set top 10 stage times until the last stage of the day when the crew had clearly settled back into a rhythm and set a third fastest time before the road section back to service ahead of the final day. At this point the impressive drive from Neuville had come to an abrupt halt when contact was made with a bridge, damaging the car which lost him huge time and as such the Ford of Seb Ogier led the event with Ott Tanak also in a Fiesta in second and Jari-Matti Latvala in the Toyota Yaris WRC finishing off the top three.

Meeke’s team mate, Waterford’s Craig Breen lay in fourth overall at this point in a 2016 spec car after a controlled and measured drive and as an avid supporter things looked up-beat going into the final day with the possibility of power stage points for Meeke.

Alas, it was not to be. By this stage lady luck’s hangover had kicked in and on the road section back to service the C3 WRC of Meeke fell victim to a road accident which caused substantial damage to the rear suspension and with no option of running Rally 2 on the final day the crew were forced to retire. After what can only be described as a very frustrating event for the Ulsterman there is a long season ahead and i am sure the crew will put Monte behind them whilst taking a lot of what has been learnt from last weekend with them into the rest of the series.

The final standings at the end of the opener saw Ogier take his first win in a Ford, with Latvala netting the first podium for Toyota in second and Tanak bringing his Fiesta home in third. Perhaps highlighting that Seb is a machine like his protégé Loeb and that his success wasn’t simply down to a very impressive VW.

Dani Sordo passed Breen to take fourth whilst the Waterford man secured fifth in the older, slower car which is a real credit to the lad and Welsh driver Elfyn Evans secured sixth overall. WRC17 returns in a couple of weeks with Rally Sweeden and we hope lady luck is kinder to ‘our boy’ in the deep snow.