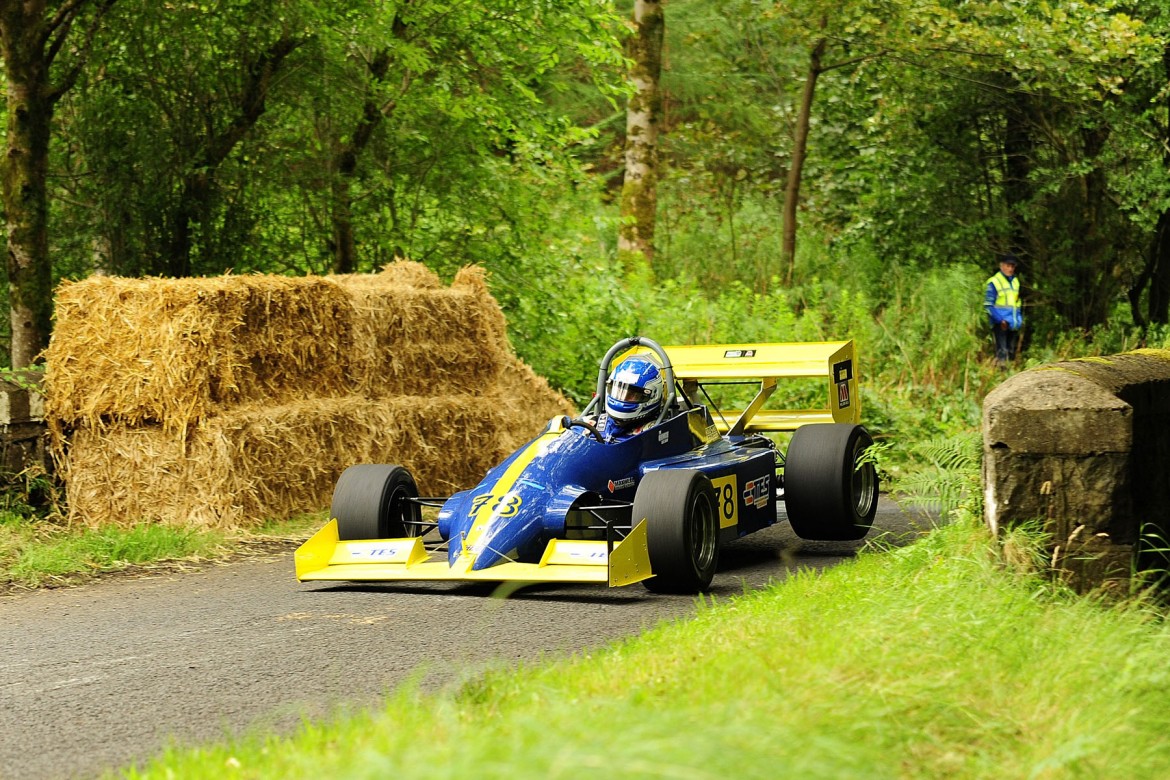 Round 9 of the ANICC Millers Oils Northern Ireland Hillclimb Championship took place on Saturday 24th August at Eagles Rock, organised by Maiden City Motor Club, they had 55 starters for the event.

Like many of the other events throughout the year, the morning started with a damp road, rain threatened the day a couple of times, but it held out to be a dry day and the timesheets reflected that.

Going into the last round Graham Thompson had to score in the top 4 to secure yet another championship, with dropped scores and bonus points coming into effect, some places in the overall and class tables were going to change.

Richard McGimpsey chose not to compete, Richard leading the table all year, Gerard O’Connell could increase his points and jump up the table, Alan Cassells couldn’t increase from his 4th position. Once the timed runs started Gerard O’Connell wasn’t giving in and set the fastest time for the first run and a benchmark for Graham who was in 2nd, and Alan Cassells in 3rd.

Once the 2nd timed run started Graham set fastest time and that’s where he was to stay, Gerard was within 0.5 of a second, but on the 3rd run Graham set another fastest time , getting close to the hill record set back in 2002, Gerard also went faster but it wasn’t enough.

Alan Cassells reporting a mistake on his last run trying to reduce his time, still kept him in 3rd overall. Brendan Flynn who has been getting to grips with his new car finished in 4th overall and a hard charging Roger Gage in 5th.

In the Modified Saloon Category, Roger Gage was fastest, with Ivan McCullough in his GTR in 2nd and Oliver Cormican in 3rd. In the Roadgoing Saloon Category Paul Montgomery in his Subaru was fastest, Andrew Robb in 2nd and Conor Hamill in 3rd, both in BMW M3s.

Eagles Rock being the last round of the championship bring it to a close for this year. I hope everyone has enjoyed their motorsport, and as usual we will be back next year at Croft for Round 1.