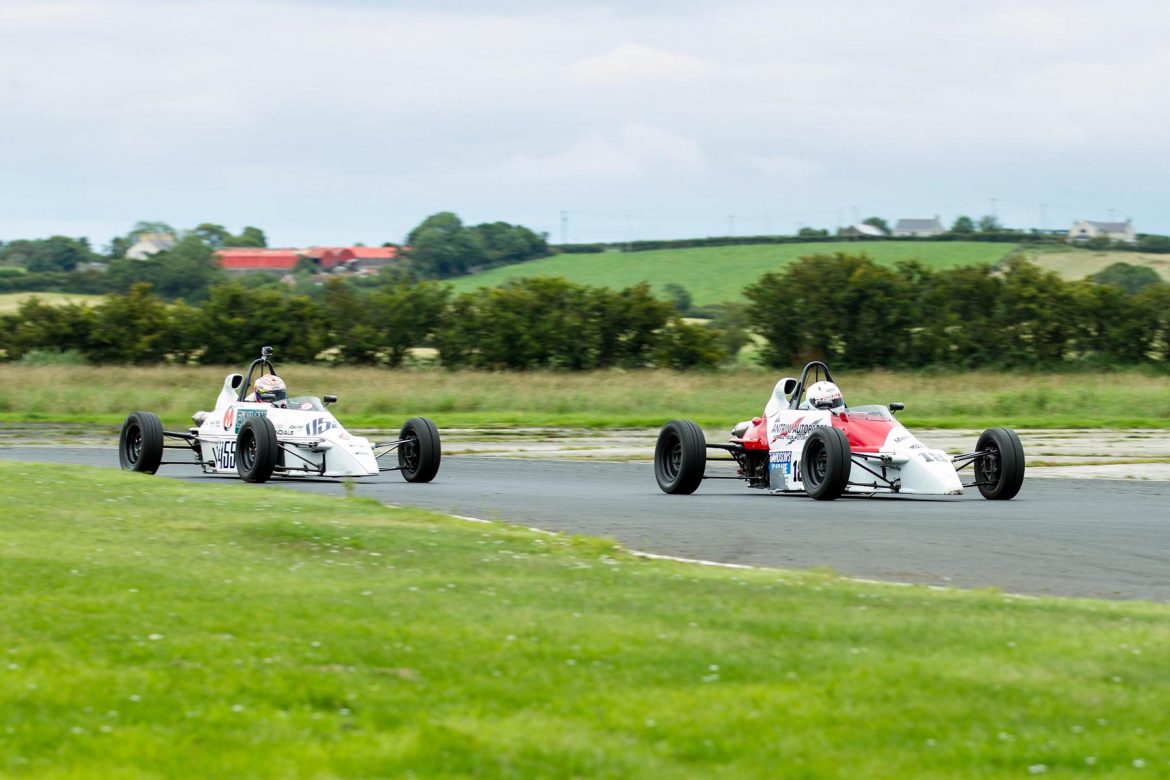 Following the enforced abandonment of the final round of races at Kirkistown Racing Circuit on Saturday 17th October 2020, these are the new 2020 Champions.

In the open class of N.I. Formula Ford 1600, the 2020 Champion is Ballymena driver, David McCullough.  The “Randalstown Rocket”, Alan Davidson was second, just ahead of Ballina driver, Dave Parks.

In the Pre-90 class, Alan Davidson was the runaway winner.  Chris Hillis, from Belfast was second and the evergreen Henry Campbell, from Ballymena was third.

There was only one competitor in the Pre-87 class and so Mike Todd, from Ballyclare is the Champion.

Steve Morris, has been a stand-out competitor in Roadsports at Kirkistown for many years, in more ways than one.  Firstly, he is 6’7” tall, so he is easy to spot in the paddock.  Secondly, he makes the trip from Welling in Kent for every meeting.  Thirdly, he is one of the most genial and pleasant drivers at Kirkistown!  Thus, it is a pleasure to announce that he is the 2020 Roadsports Champion.  Second is Moira driver Kieron Smyth and third is Holywood driver, John Benson.

In the BMW 330i class, run in conjunction with the Saloons, the Champion was Gavin Kilkey, from Derry.  Greer Wray, from Lisburn, was second and his brother, Keith, from Dundonald, was third.

In the GTs, Dungiven driver, Gerard O’Connell was the runaway winner.  Hilltown driver, Paul Parr, was second and Conor Devlin, from Armagh, was third.

In the Modi-5-Cup, a championship for Mazda MX5 machines, Randalstown driver Paul Sheridan, won, driving the car that his sister-in-law, Eórann O’Neill, took to a similar position in 2019.  Eugene McCann, from Newcastle was second and founder of the class, David Cousins, from Ballywalter, was third.