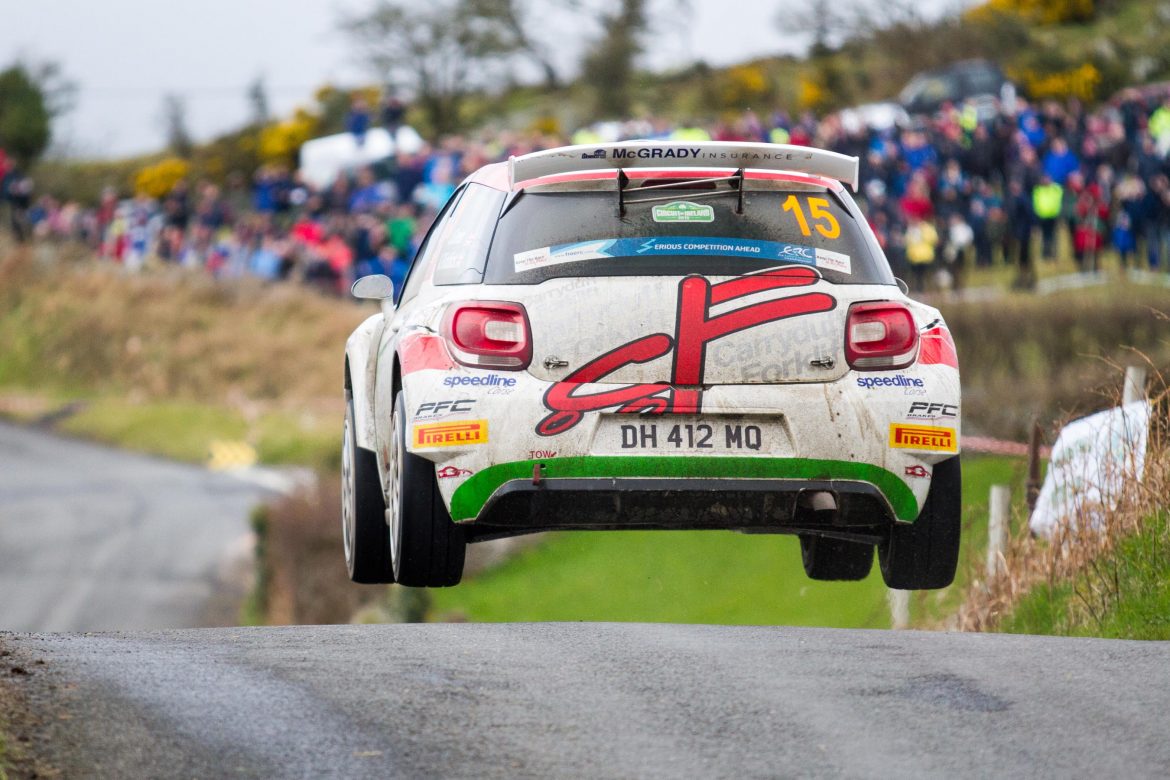 Northern Ireland Motor Club Ltd is delighted to announce that following a one-year hiatus, the Ulster Rally is set to return on the weekend of Friday 19th and Saturday 20th November.

The 2021 British Rally Championship was scheduled to start in Belfast over the Easter weekend with the Circuit of Ireland Rally, but after a major overhaul due to the ongoing pandemic and with it, the cancellation of the first few rounds, including the Circuit, the Ulster Rally has been afforded the chance to return.

And return it almost certainly will, thanks to it’s late in the season date. Worst case scenario chat is that the championship can run with just four rounds (from six) with three counting towards the championship, but that is not confirmed as the full series regulations are yet to be published.

However, it’s safe to say the Ulster Rally has the best hope of seeing action. And action packed it may be thanks to the cancellation of the Irish Tarmac Championship, meaning the Ulster could see a massive Irish entry as it could quite well be the only closed-road rally drivers will get this year.

As with most outdoor sporting events last year, the 2020 instalment of the Tarmac classic had to be cancelled because of the COVID-19 health pandemic. But organisers are confident the roll-out of the vaccination programme against the respiratory disease, which is set to be largely completed by the end of this summer, will allow the Ulster Rally to be staged safely.

“Due to COVID-19 and the current restrictions, the preparations required for an August date could not be completed,” explained Event Director, Richard Swanston. “We will continue to monitor the situation and tailor our plans to suit as we work towards the November date.”

On the issue of spectators being allowed to attend the closed-roads event, Swanston added: “If restrictions are such that the attendance of spectators would be illegal, and would pose a risk to the community we are operating in, then we’ll review the viability closer to the time.

“In controlled areas such as service parks, again, restrictions at the time will dictate how we operate. It’s very fluid at the moment but we have a date and we’re working towards that.”

The 44th Ulster Rally, sponsored by ‘Today’s – your local convenience store’ will be run out of Newry in 2021, with an almost carbon copy of the event the motor club ran in 2019. Friday night will see a shakedown stage close to Newry, a stage that could also runs as SS1 the same evening should organisers wish, although that is unlikely.

Government guidelines pending, a return to the Albert Basin in Newry for a  ceremonial start is potentially on event organisers minds. An early start on Saturday morning will see the start of a 3-stage loop, ran three times throughout the day, with a service interval between each loop.

The compact event which was tried and tested 2-years ago, running mostly in the triangle between Newry, Rathfriland and Loughbrickland, will incorporate McGaffins Corner, Bronte Homeland and Shin Bridge with a total stage mileage of around 150 km.

If, as in previous years, the British Rally Championship runs to the wire throughout its various classes, never mind at the top of the field, drivers from the Emerald Isle who are registered for the series will have the upper hand on our difficult and likely very slippery undulating roads.

“But we have been working very hard behind the scenes to create a calendar worthy of the British Championship title and I truly believe we have come up with an exciting, challenging yet cost-effective offering for our BRC top-flight, Juniors and National competitors.

Campbell continued, “Of course, we were disappointed to lose the opening three rounds of the planned 2021 calendar and we were eager to ensure we could still provide a six-round series that encompassed both gravel and asphalt surfaces, as well as each event having a unique format and style.

“I’d like to thank all of the events in the calendar that have worked with us and it goes without saying that we are all looking forward to finally getting the season underway.”