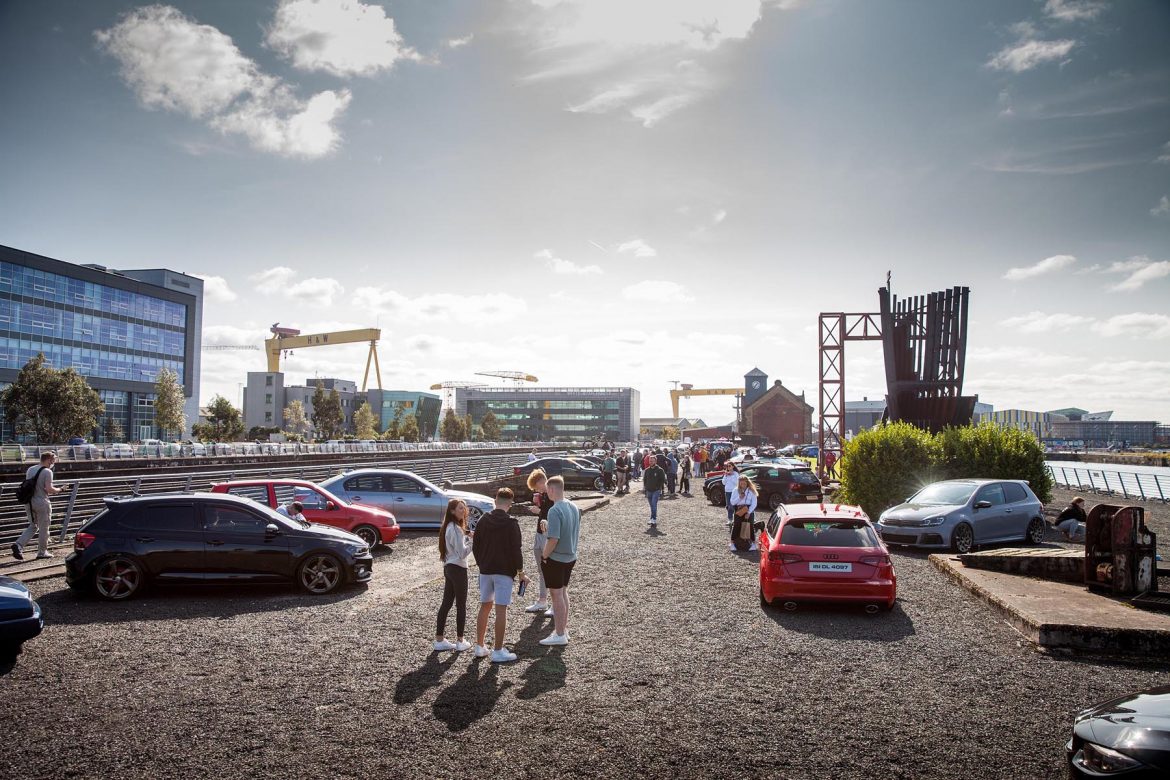 Titanic Dubs hosted by GTi NI turned out to be a car show with success amid a year of incredible uncertainty.

Widely regarded as the most relaxed show of the season for Northern Ireland car enthusiasts, Titanic Dubs has almost always been the car show to end the season on a high.

Organised by a club of Volkswagen Audi Group enthusiasts, Titanic Dubs, alongside a few other of the clubs events, started from incredibly humble beginnings.

Like most things this year, the event organisers were forced to cancel not only the country’s largest car show which they host, but also their summer show too, as one of the event organisers, Nigel Lamont explains, “This year has been particularly difficult due to the Covid situation and we wanted to make sure that we had at least one show this year.

“We had to cancel DubShed as well as our summer show at Castlewellan, it looks liked we may even have had to cancel Titanic Dubs, but we jumped through a lot of hoops and obstacles to make this event happen, liaising with several authorities including police, venue, council, and the health board.”

This effort by a small team of organisers seems almost as big and stressful as it would be for their two-day DubShed event which sees tens of thousands of people through the doors, as Nigel continues, “It has been a huge effort for a small event in comparison, but it has been a success here, everyone is behaving themselves and have stuck to the rules.”

“Everyone is just busting to get out and get their cars out for a drive and to show off any work they had carried out over the winter months,” explained Nigel.

Due to tight restrictions still in place regarding social distancing, the usual format of all owners and spectators gathering at the end of the event for a prize giving were sacrificed this year.

Instead, event staff walked various trophies and awards around the show, enabling them to hand over awards at each specific vehicle they deemed deserving of an addition to its trophy cabinet.

Having attended this show most years, it has been noticed that attendance figures had started to dwindle. With this in mind, I did not know what to expect on arrival this year, but unsurprisingly, due to the fact that there have been little to no shows this year, the volume of cars on display this year was noticeably improved.

It wasn’t just a numbers game whilst looking around the Titanic Dry Dock however, as the quality of cars on show was generally of a higher standard than seen in most recent years.

Well done to all involved, both organising and those participating, for a fitting tribute to end the season that never was.