The Ballymena Car Fest was held on Saturday 8th June 2013 at Ballee Playing Fields, Antrim Road, Ballymena and yet again the organisers provided one of the biggest and best shows I have seen on the Emerald Isle. With a week of Caribbean weather before the show, it was sure to be one great day with many a rare car coming out of storage during the week to get it’s “dry day only” drive and then a good polish, ahead of the big event and multiple competitions. The show was open to all Vintage, Classic, Modern Classic, Modified and Custom show cars meaning that there was a large number of classes to cater for all, with over £4000 worth of prizes on grabs for the winners. I must admit I never actually realised how vast this event was with prizes and classes etc until I downloaded an entry form for a friend a few days before the event and seen the huge amount of competition available. With entrants getting charged £10 to enter the vehicle, it is about the norm in regards what you would pay to enter a show for charity, however the Ballymena Car Fest really help get the spectators in by charging a mere £4 on the gate and under 12’s get in free. In this day and age £4 wouldn’t even get you a burger and a tin of fizzy pop never mind access to, at a guess, in excess of 1000 vehicles of all shapes sizes and ages to drool over, never mind the entertainment that’s laid on This event also included TheNorthernIrelandTruckShow.com, the UlsterMotorShow.com, TheNorthernIrelandMotorcycleShow.com, Live Action Arena, Special Attractions, Club Displays, Motorsport Cars, Vintage Tractors, Vintage, Classic and Show Bikes, Car Dealers, Trade stands, Auto Jumble, Raffle, Auction items, Food/refreshments & Entertainment on a live stage. As you can imagine from the aforementioned this show takes some serious organising and there is a large team of friends who somehow manage it every year without falling out. I really do tip my hat to them as it is all in the name of charity. Open for just six hours, this show managed to raise what is said to be (on a radio bulletin) over £20,000 with all proceeds from the show going to the ‘MacMillan Cancer Support’ Charity. However I cannot express how good this show is by myself so from the RMS.com forum this is the responses by forum members, post event, which says it all really as to what a day this event is. G Smith: “what a day. I am roasted, burnt head to toe. But got a wee trophy so all good. Will be good to hear the total raised for such a good cause”. Maranellohouse: “I’d just like to say on behalf of the NIIMC that we had a first class day. But more so, on a personal basis that it was the best day I’ve had at a show in a very long time. I met up with old friends I haven’t seen for a while and it made the show feel like the shows of old, Kilbroney, Cultra and the old Bangor show. Everything was so well organised and the mix of vehicles was 100%. Each and everyone young and old should be proud for making this such a terrific event, but specially everyone who organised and marshalled on the day. I won nothing but feel I won the big prize. Roll on next year”. Wingnut Tuning: Brilliant day super organisation, I can probably say it’s the best NI show I’ve been to ever. Well done to all the organisers”. Neil@rockvale: “What an AWESOME day out!!! Took the VW bug to this today with the wee man and we had a blast. Think I could say this is the most I’ve ever enjoyed a show, SOOOOOO much to look at I only skimmed the surface. Well done to the organisers”! 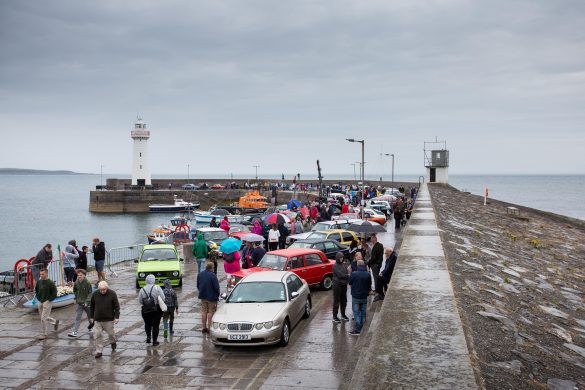 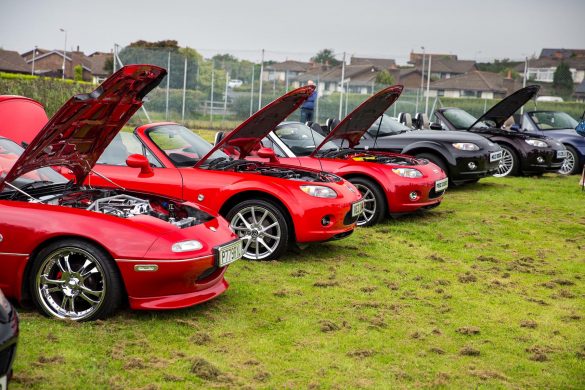 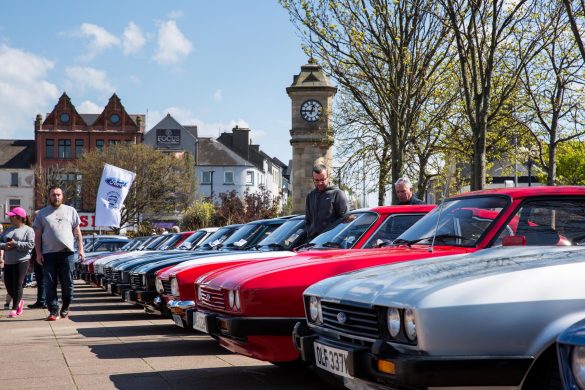