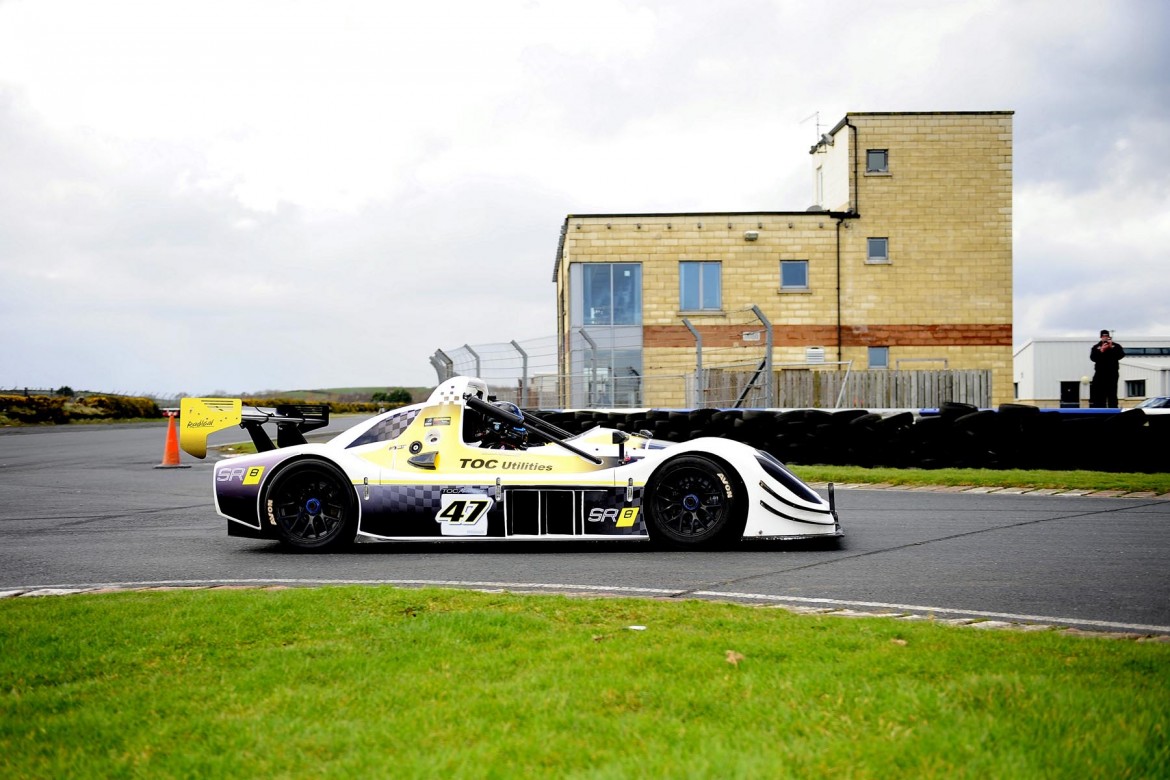 After the opening round of the series was cancelled due to bad weather, the 500 Motor Racing Club of Ireland (MRCI) Kirkistown Sprint attracted an entry of 53 starters who were all champing at the bit to blow off the winter cobwebs!

Bangor man Chris Rogan successfully debuted his new two-litre Renault Megane RS250 Cup in the road-going class and took a comfortable class win. He also claimed outright victory in the road-going saloon section and set a new class two record to boot. It looks like Rogan and his Megane will be a difficult combination to beat in 2018!

Also unveiling a new steed were the Newtownards based father and son team of Ryan and Robert McGimpsey. They debuted their new Mygale SJ 97 single seater in which they will compete in 2018. Both had top 10 overall finishes with youthful exuberance beating experience by a mere 0.02s.

Despite it being a very cold day with some snowfall before the final car crossed the line, the action was fast with Omagh man Adrian Pollock in his two-litre Dallara pipping the win from Dungiven’s Gerard O’Connell (3.0 Radical SR8) by a mere 0.34s.

O’Connell’s fabulously sounding Radical smashed the previous class nine record by 5.22s as he edged out Greencastle Man John Morgan in his 2.9 Pilbeam MP82 by a mere 0.37s. Fourth-placed Robert Morgan set the fastest speed through the speed traps at 143mph in the family Pilbeam MP82. Close finishes continued throughout the field with Killyleagh’s Gary McClurg taking the class one win from Belfast man Stephen Morrissey by a mere 0.15s in an all out final run. Class 11 was also a very tight affair with all three competitors separated by only 0.48s with Andrew Campbell pipping Andrew McCloone in his beautiful Chevette by a mere 0.35s and Newtownhamilton’s Norman Armstrong only 0.11s further adrift.

Portaferry’s Brian Fitzmaurice took the class six honours and just missed the longest standing of all of the class records by a mere 0.04s in his two-litre Type R Civic from Omagh’s Dermot O’Hagan in another flying 1600cc Civic.

Brian also took the family honours by beating his younger brother Thomas Fitzmaurice who finished second in class 10 behind Ballymoney’s Alan Roddy. Downpatrick’s Stephen Strain was the fastest in the Historic class in his beautiful Mk1 Escort.

The next round of the S.W. Adair Tyres Sprint Championship is to be held at Nutts Corner on Saturday 7 April when North Ulster Car Club hold their April event on the more technical ‘long’ circuit. Due to the technical nature, previous events have shown that some giant killing performances can be had.

Further information on the Championship can be found at www.anicc.org.uk and www.facebook.com/nisprintchampionship.