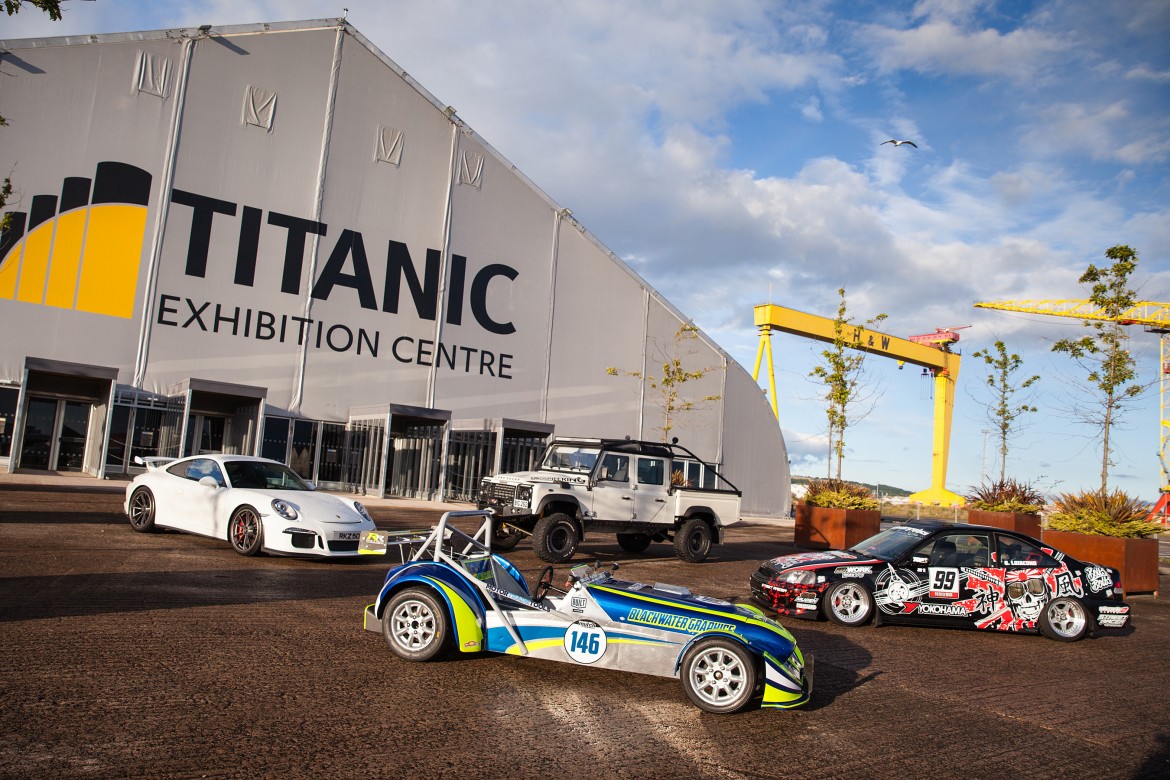 BUILT is a brand new automotive event in Northern Ireland which will place at Belfast’s Titanic Exhibition Centre on Sunday 13 August from 12pm-5.30pm.

The brainchild of three Northern Irish brands – Blackwater Graphics, Blok 51 and Fitted State – the indoor event will showcase vehicles from all manufacturers and is open to all makes of stance, modified, classic and track ready cars.

The team involved in BUILT saw a gap in the Northern Ireland show calendar for an ‘all-age, all-make, all-model’ show for the province to enjoy and with the vast majority of the show being indoors poor weather shouldn’t put anyone off attending.

Expect to see everything from race cars to rally cars, performance cars and their big brother supercars alongside off-road vehicles such as 4×4’s and quads, classic/vintage cars and maybe even the odd two-wheeled mode of transport thrown in for good measure along with a plethora of modified machinery.

With something for absolutely everyone, there will be over 300 vehicles on display along with trade stands, remote control drifting, race simulators, a live DJ and even a race car livery demonstration to be carried out by Blackwater Graphics team. There will be plenty of entertainment for show goers and pricing at the door is £12/adult (18 and over) with an affordable family ticket coming in at £35 (2 adults & 2 teens) but spectators are encouraged to buy their early bird tickets online at www.builtevent.com at a reduced rate of £10.

Make sure you put 13 August into your diary!

NEW IBIZA IS ON TOP OF THE WORLD…