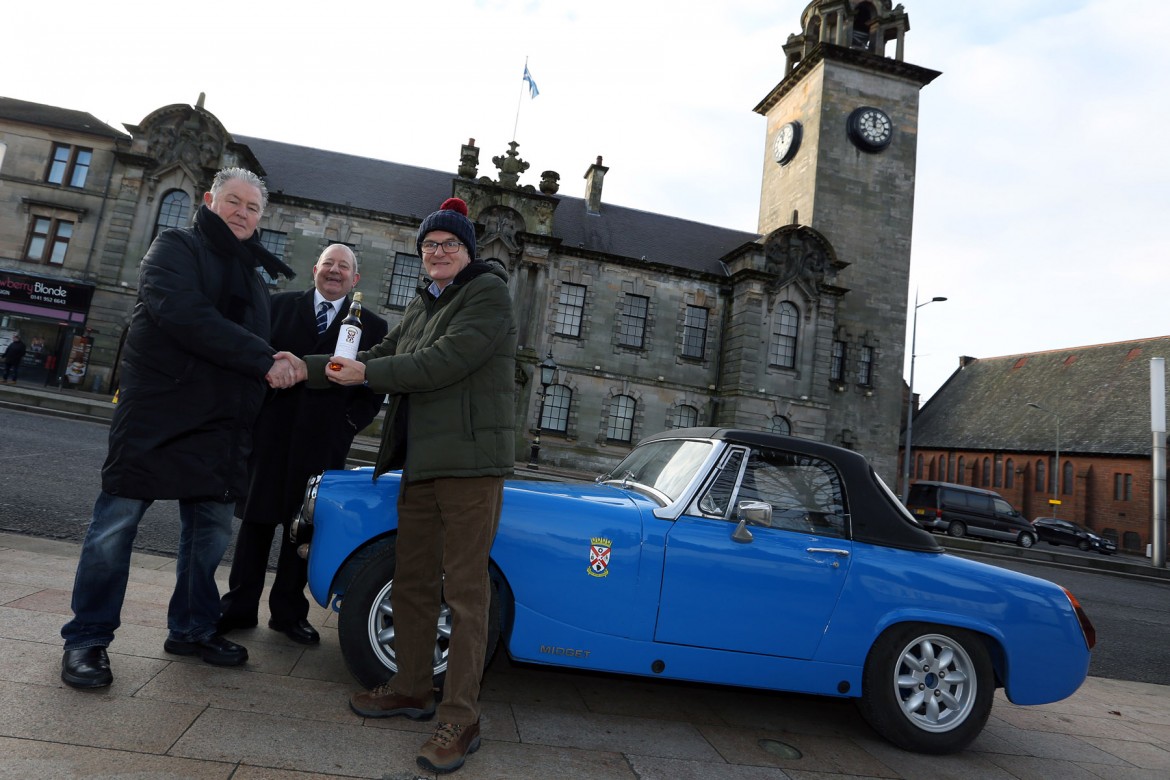 More than 80 cars are expected to be flagged off from Aurora Avenue in the town on January 30, as the Scottish starting point for the run.

The location has attracted entries from drivers from as far afield as America and France, who want to begin the competition in the shadow of the iconic Titan Crane.

This is the second time the town has hosted the prestigious event and thousands are expected to turn out to see the crews cross the start ramp.

The starting event is being hosted by West Dunbartonshire Council, and is sponsored by Imperial Commercial, a DAF truck dealer, and Farid Hillend Engineering.

As a gesture of goodwill, a bottle of Auchentoshan whisky was sent through UK organiser Douglas Anderson to the organisers of the event in Monte Carlo. Bailie Agnew said: “We are so excited to welcome drivers and spectators from near and far to Clydebank to celebrate the start of this terrific event.

“The Monte Carlo Rally has a great history and spectators are being given the chance to be a part of that on the 30th of this month. It promises to be a spectacular display on the night, and I look forward to seeing the cars set off through our streets.

“Hosting this event will project West Dunbartonshire onto a world platform and the fact that drivers are coming from America and France to start the Rally in Clydebank is testament to this.”

Douglas Anderson added: “We’re all looking forward to a great event and Clydebank is a wonderful starting point for the run to the South of France.

“As well as the bottle of some of Scotland’s finest whisky as a gift for organisers, we’ll also be taking the best wishes of the people of Scotland on behalf of the UK.

“I’m sure the crowds will be out in force on the night to send the crews and cars on their way.” Access to the event site will begin at 2.30pm, and once the last of the participants has parked up their vehicle – estimated to be around 4pm – the public will be able to view the classic cars.

The viewing will run until 5.15pm, with the event itself starting at 6pm.

It’s expected the last car will depart Clydebank around 7.15pm.

Rally drivers will set off in one of three different categories in the event – The Historique, the Classique and the Monte Heritage.

Both the Historique and Classique events are staged by the Automobile Club de Monaco (ACM) and take place entirely on open public roads.

The event runs over eight days finishing in Monte Carlo on February 7.