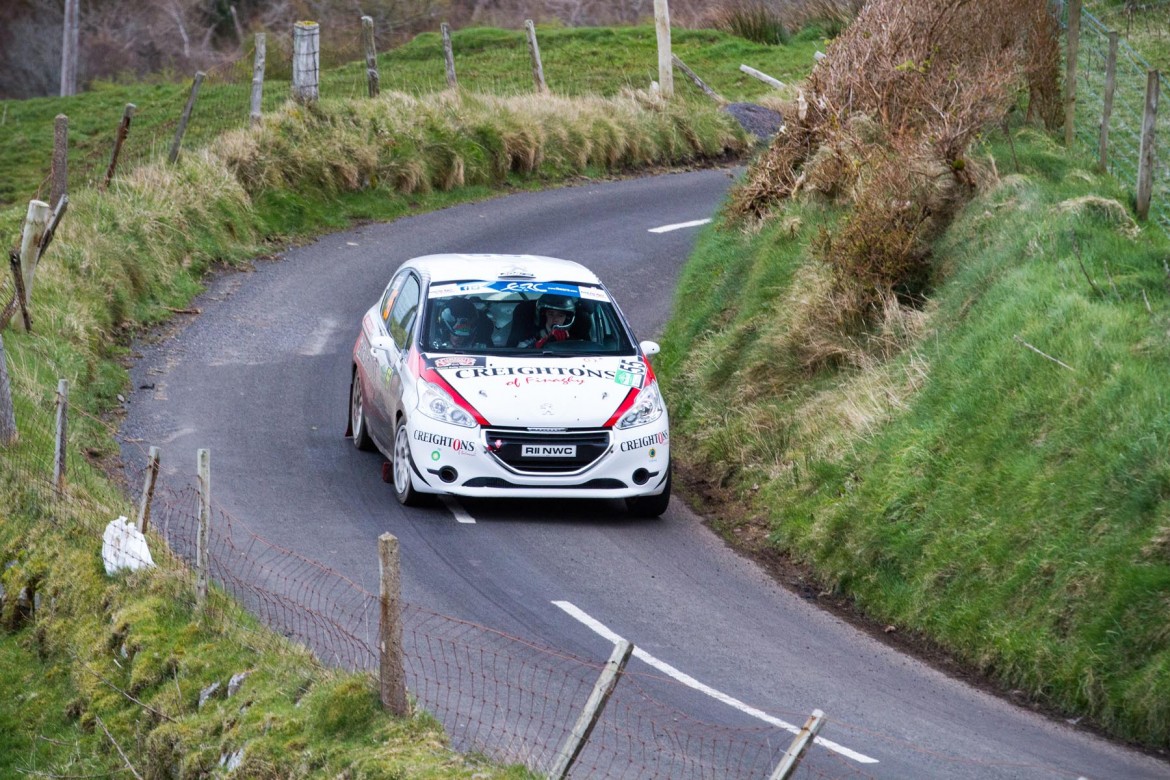 The Prestone MSA British Rally Championship in conjunction with UK and Ireland Peugeot Sport distributor, Race and Rally, is delighted to announce a 10,000 Euro prize fund for drivers running Peugeot 208 R2s in the Junior BRC in 2017.

Carryduff firm Race and Rally will be offering full technical support plus a substantial parts and components service at all seven rounds in 2017. Further strengthening its commitment to Britain’s premier rallying series, the company will be offering highly sought-after prizes for each rally in the action-packed British Championship.

The highest placed Peugeot 208 R2 driver in the Junior BRC on each rally will receive a 1,000 Euro parts voucher while the first Peugeot driver home in the final championship standings will bag a 3,000 Euro parts voucher prize. Coupled with the £30,000 fund for the overall Junior BRC champion – this strengthens the substantial prize fund for any driver looking to progress onto the international stage. “We are hugely excited to welcome the involvement of Peugeot Sport and Race and Rally to the BRC in 2017. The support, service and back-up will be vital to our competitors and the parts vouchers are real campaign-enhancing prizes.

“The Junior BRC is a fantastic proving ground for young crews with last year’s champion, Robert Duggan, stepping up to the Junior World Championship. This year’s £30,000 cash prize is a real incentive to help crews progress their careers further and that will be boosted by this announcement.

“We already have four Peugeot 208 R2 crews registered this year and the 10,000 Euro parts fund will hopefully entice more 208 R2 drivers to come and take on some of the world’s best asphalt and gravel stages.”

Raymond Moore from Race and Rally is excited to increase the company’s role in the BRC.

“We have been involved in the BRC for many years through the Citroën brand with its R3 products and more recently with its R5 cars and the Peugeot 208 R2. The 208 is the most successful R2 car with over 300 built and through the parts vouchers prize scheme, we wanted to help support those with the car and help the drivers build for the future. “If we wind the clock back we have supported Kris Meeke, Marty McCormack and previous BRC champions Keith Cronin and Daniel McKenna to name but a few through the ranks. In 2017 we are expecting a really good fight in the Junior BRC and I think the Peugeot crews will be at the sharp end, challenging for the title.

“The PSA Group have always helped drivers through the formula. With Kris Meeke and Craig Breen at the top level, the UK and Ireland is where Citroën and Peugeot are keenly looking for the next crop of rallying talent.”

The action-packed Prestone MSA British Rally Championship takes in seven rounds across the British Isles with the exciting inclusion of Ypres Rally in Belgium offering a demanding mid-season challenge, and the first overseas round for the BRC.

Round one of the 2017 series gets underway in Jedburgh, Scotland with the Border Counties Rally on 17/18 March. Keep tabs on all the latest BRC developments by visiting www.msabrc.com or following us on social media: MSA British Rally Championship on Facebook, @MSA_BRC.

SUBARU LEVORG GETS NEW EYESIGHT FOR 2017