One day back at the start of the millennium, it seems somebody at Renault had a bit of a drinking problem. “Lets cross a Mégane II with an Espace and see what happens!” The result was sheer madness, a car that has gone down in history for being so ridiculously outrageous and illogical. The Avantime was born. The buzz word behind the production of the Avantime was “Coupéspace”. An Espace Coupé, if you like. It was believed the children of Espace owners would adore the car for mixing radical modern design with the qualities of the faithful Espace that they have beautiful memories of growing up with. So what we have is a car the size of a full size people carrier, but five seats and three doors. Renault expected big things for the car, but as the sales figures show, the public just didn’t get it. Less than 400 found homes in the United Kingdom, due in some part to the average £30k asking price, but due mostly to the fact that the design was just too much for the public to swallow. Production ceased after just 18 months and managed to bankrupt Matra, the company who built the Avantime for Renault. A complete disaster for Renault, who, judging by the mundane design of the current line-up, have learnt a hard lesson from this car. So how does such a car manage to win the heart of every person who has the privilege of meeting one in the metal? This picture should answer that question! The “Open Air” mode transforms the Avantime into a grand touring coupé with no B-Pillar. One touch of the magic button sees the windows drop and the huge glass roof slide back within seconds. Granted, not the most practical feature for our Northern Irish weather, but you soon find yourself reaching for that button even in the wind and drizzle – you learn to keep a few coats in the car! Now I’m sure you’ve heard the phrase “head-turner” used to describe many cars, but with this car you’re guaranteed to see that in action. Particularly in Open Air mode, people literally stop in their tracks and turn to watch it, often with a puzzled look on their face. You’re likely to get at least one comment with every journey; “Nice car”, “what on earth is it!?” – That kind of thing. Certainly not a car for those who like to keep a low profile or who don’t like standing out from the crowd, that I can say for sure! So what’s it like to live with? Odd. Despite the size of the thing, the rear seats are pretty much useless for any fully grown adult. There is very little legroom and the floor is raised, meaning you seat with your knees around your shoulders! The 3.0 V6 is, well, thirsty. Lugging around two tonnes of glass equals an average of about 18 MPG, and the car sits in the £260/year tax bracket. But the noise is well worth it! There is a 2.0 Turbo petrol engine available, but this comes as a manual only, and the whole point of the car is to waft around effortlessly, not sitting forward to change gears all the time. The car has a very deep dashboard, meaning you sit around the middle of the car. The digital dash and climate controls are lifted straight from the Espace. Most mechanical items are also shared with the Espace, so certainly don’t let parts availability put you off taking the plunge. The ride is soft, but it’s safe to say that the car doesn’t like corners. Brakes aren’t the best either. The odd electrical item plays up as well, but hey, that’s standard Renault, right!? You forgive the Avantime for every one of these little quirks as soon as you press that magic button! Values have stayed pretty strong for the Avantime, I can only predict that as the numbers get smaller, the values will go up. There is a great online community of Avantime owners who are always ready to help and most, like me, intend to have their Avantime around for life. So don’t hold back, be as mad as the guys at Renault were when they decided to put it into production and go and buy one! To my knowledge, there are fewer than five here in NI, so a trip to the mainland will be necessary, but well worth it. I’ll continue to wait patiently for meeting another Avantime on the road!

Thanks to Luke McCorry from Belfast for this Guest Blog post and Pictures. 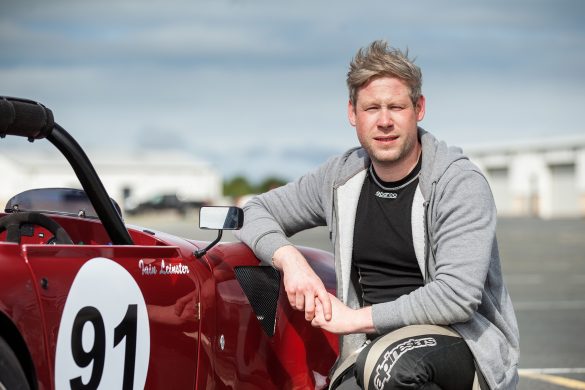