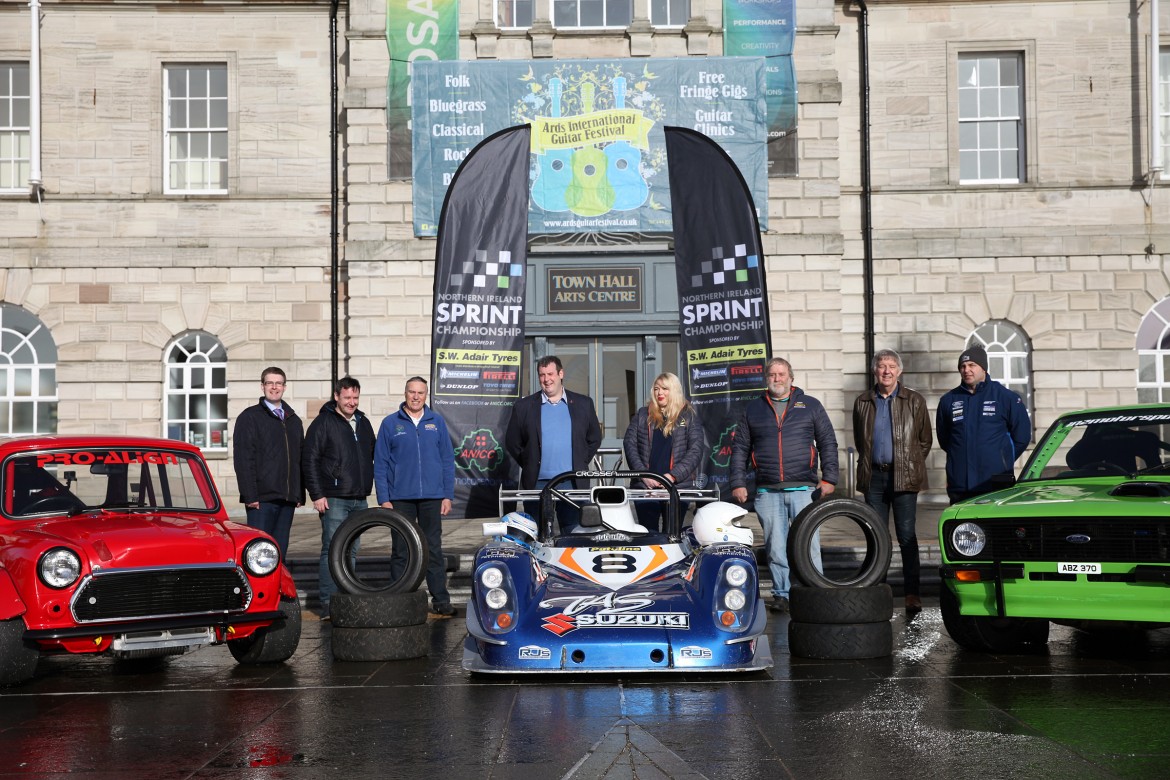 The SW Adair Tyres Northern Ireland Sprint Championship was launched at Conway Square in Newtownards this week where organisers and competitors gathered to reveal details about the 2019 series.

With new Sprint Co-Ordinator, David Evans, at the wheel, the 2019 championship has all the hallmarks of being the best sprint season ever. This year’s championship will be held over nine rounds with the best seven scores to count. Events will be held across three venues starting with the opening round on Saturday 2 March at Nutts Corner.

These popular venues, combined with high calibre local talent, will make for a truly exciting season! Among the entrants is 2018 SW Adair Tyres N.I. Sprint Champion Adrian Pollock, who will defend his title in his Dallara F301. Runner-up, Gerard O`Connell, has also registered but he has yet to decide if he will battle for overall honours in his Radical or focus on the modified category in his Escort?

Ballymoney’s Steven Gault plans to return to the series to see if he can better his 2018 position of third overall while Greencastle man, John Morgan, will be hot on the heels of both drivers having claimed two outright wins last year.

Most of the 2018 class champions have already committed to the 2019 series and there are a host of new competitors including Glengormley’s Emma Campbell, Dublin’s Brian Hutton and Nutts Corner’s Andrew Robb, who will put the cat amongst the pigeons in the roadgoing category with his super fast BMW M3. For the first time ever, championship registration can only be completed online at www.rallyscore.net and competitors are reminded that they must register the day before the first round at which they wish to score championship points.

With entries already open for the first round of the year at Nutts Corner, the countdown to the 2019 SW Adair Tyres Northern Ireland Sprint Championship is well and truly underway!

More news can be found online at the championship’s official Facebook page at fb.com/nisprintchampionship.

Images: Jonathan Macdonald
[images must not be used in any way without prior written consent of the photographer]