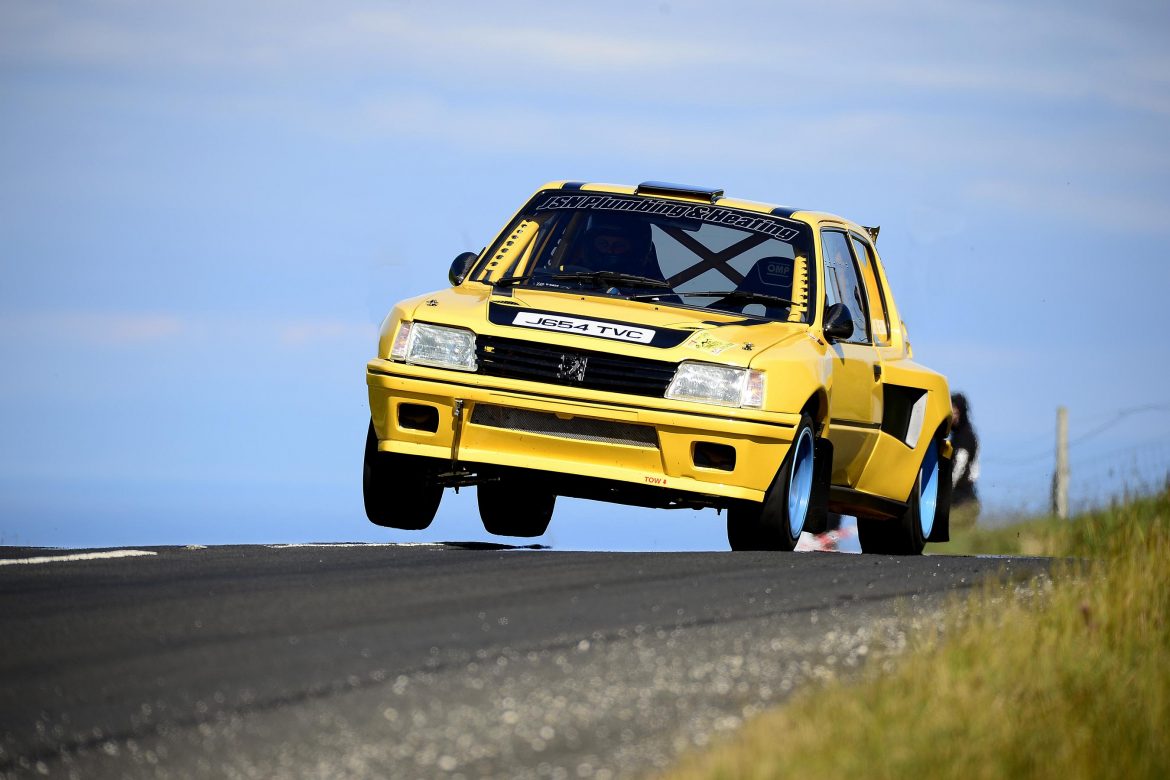 Hillclimbing is truly back in Northern Ireland. With news emerging that the Hillclimb season could return and the entry forms open, everyone jumped to get their entry in for the only 2-day event on the calendar which is Cairncastle Hillclimb which took place on the 25-26th June organised by Larne motor club. A favourite among the competitors this event the places filled up for both days in 30 minutes with a large variation of cars entered.

The paddock field was buzzing with competitors and cars eager to get started at the traditional lunchtime start on the Friday. With the practice runs completed in the dry, rain set in to mix it up for the competitors, with many of the big single seaters opting to miss their first timed run, they took to the line for run 2 and 3. Graham Thompson finished on top setting a 69.95 on his 3rd run to secure the win from Gerard O’Connell and Richard McGimpsey in 3rd Overall.

In the modified category Ian Lancashire took the win from David Francis and Daniel Campbell in 3rd. In the roadgoing category Philip Cardy took the win from Andrew Robb with Adrian Mullholland in 3rd. The specialist category was a family affair with Steven Hawthorne in 1st, David Hawthorne in 2nd with David Mutch in 3rd. Saturday was to be a better day weather wise with the times tumbling compared to the Friday. Graham Thompson was the pace setter with a 66.70, Richard McGimpsey finished in 2nd with a 68.12 and John Donnelly in 3rd with a 69.38. In the modified category Daniel Campbell took the win from David Francis in 2nd and Ian Lancashire in 3rd. The Roadgoing category was won by Andrew Robb with Philip Cardy in 2nd and Adrian Mullholland in 3rd. The specialist category was won by David Hawthorne, with Jack Boal in 2nd and Steven Hawthorne in 3rd.

It’s a few weeks until our next event at Garron Point Hillclimb on the 14th August, we hope to see you all there!