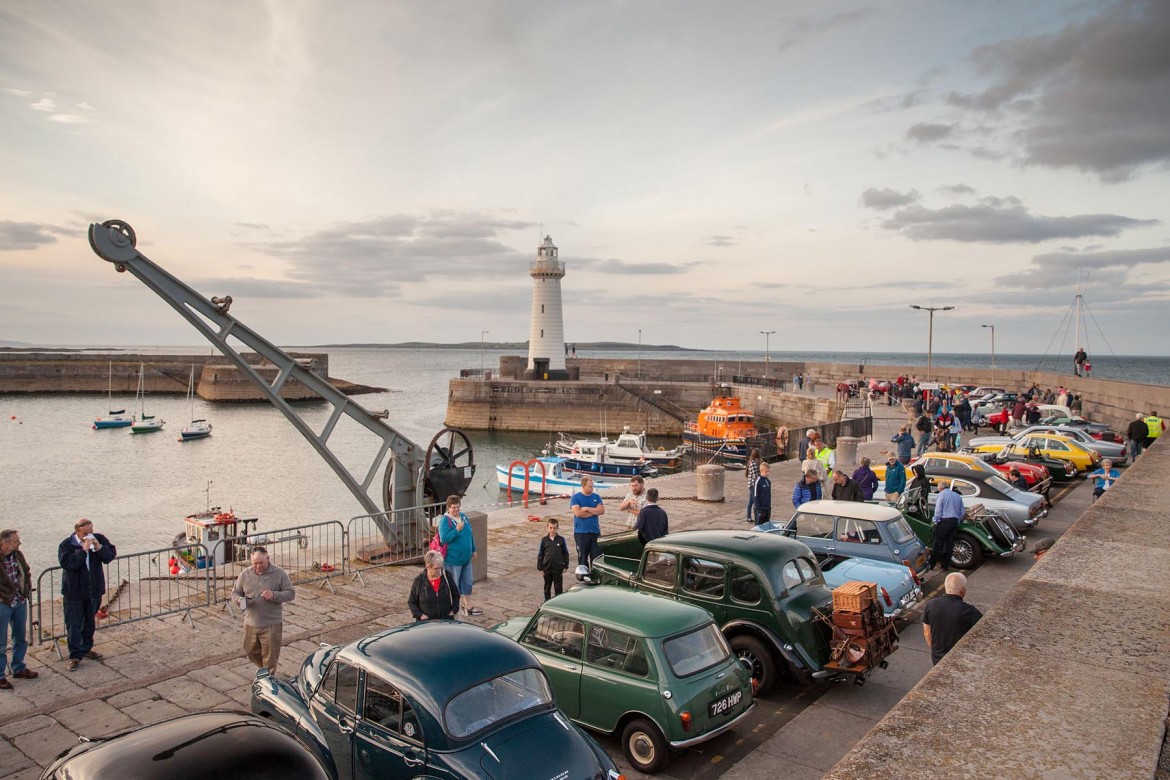 Technically this is not the name of the event, more a title through observation with the help of one local vehicle owner who I chatted to at the event.

As part of the annual Donaghadee Summer Festival which runs for just over two weeks in August, showcasing the best of the historic town and what is has to offer, the Morris Minor Owners Club and MG Owners Club come together for a relaxed meet-up.

This aptly captioned ‘PARK ON THE PIER’ started on the outskirts of the Co. Down seaside town where cars gathered on the Warren Road before undertaking the mile or two drive with police escort through the town centre and onto the pier. The sight, sound and smell of the cavalcade meandering along the coast and around the town before doing a lap of the infamous lighthouse whilst on the pier is one to behold on a mild, dry summers night.

Once everyone had driven around the base of the lighthouse, the cavalcade was parked in formation along the pier and at this point the casual, meet and greet style evening became apparent which was supported by Ards and North Down Borough Council and Ian Glasgow car Sales.

With tea and coffee being served on the pier, many opted for chips and an ice-cream after a short dander into the town, before a warm brew and chat with like minded petrol heads over their classic pride and joy. Obviously a plethora of MG, Rover and Morris models attended but other cars of interest on the night included a VW Beetle Buggy, TVR Tamora, Morgan and a few Austin’s as well as a couple of Mini’s, a Ford Capri, Vauxhall Astra Cabrio and Audi Coupe S2.

With such a stunning backdrop, the sun set over the Irish Sea and with it came the end of this event for another year, already in its third year of running, next year’s event is sure to be an even greater success. 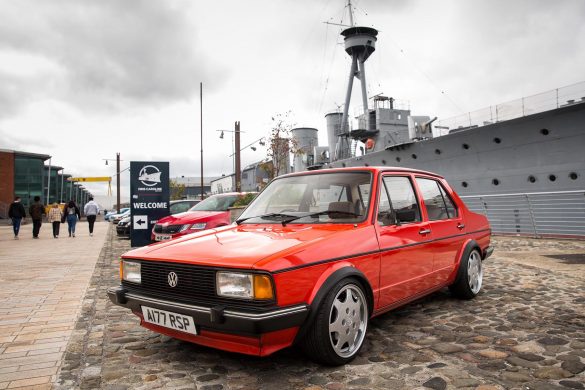 BALLEE INUNDATED WITH THE BEST FROM FORD…