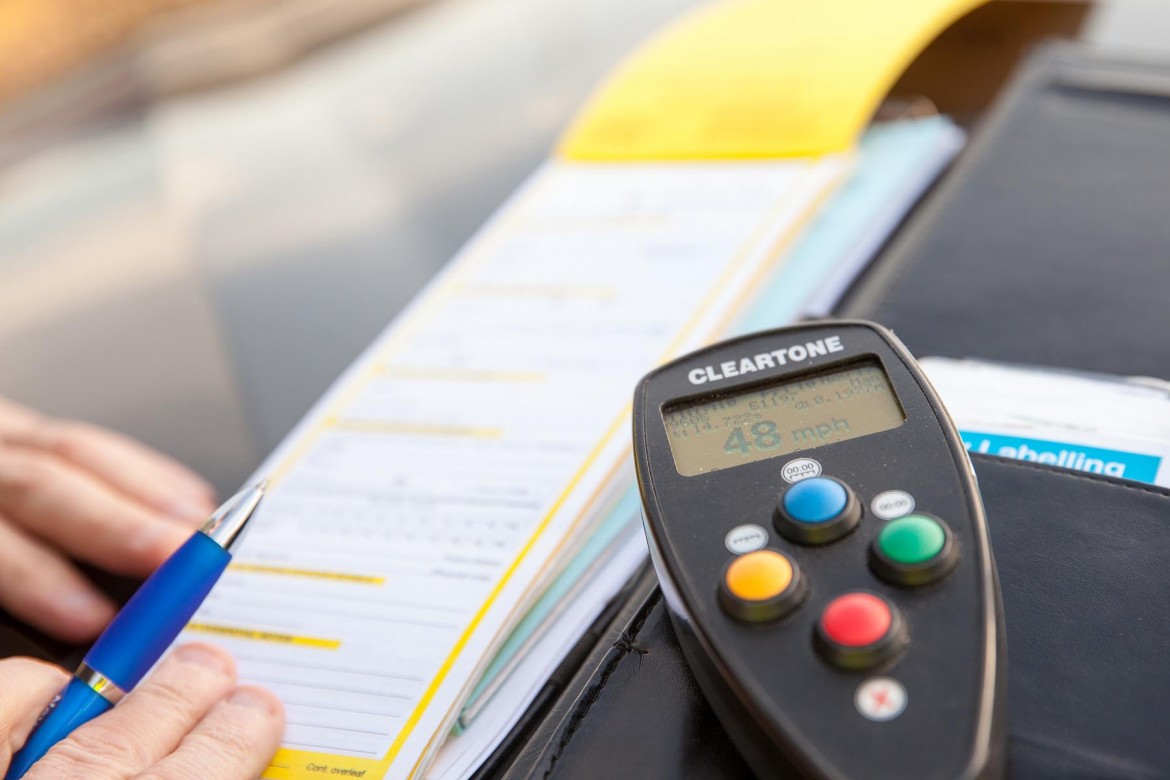 Welcome to the last of our road safety articles after resident reporter Graham Curry spent a shift with a PSNI Road Policing crew with the aim of understanding and highlighting issues seen daily on our roads in the hope that you, the reader, take on-board the info and act upon it to make our roads a safer place.

In this final instalment, I aim to cover speed – as ‘Speed Kills’ – and as I boldly stated in part one of this road safety assignment, I don’t fully agree with this statement. It is generally the abrupt impact that kills, though speed in the wrong hands, speed under certain conditions or speed in an unsafe car, is nothing short of lethal.

Whilst on the move, speed is always involved – speed comes in two forms; firstly speed is simply moving with the flow of traffic and within the signposted maximum limit, secondly speed is when vehicles travel in excess of the maximum speed limits. The earlier is what the majority of road users stick to, and rightly so, whilst the latter can lead to careless of dangerous prosecutions. Both however, can lead to death or serious injury on our roads, so don’t think for a second, that because you are within the speed limit, that you and those around you are safe.

Imagine driving through a town or residential area with a maximum limit of 30mph, you are sitting at exactly 30mph as the surroundings deem it safe to do so. A child suddenly runs from behind a parked car, without looking and into your path.

You don’t have the distance to get stopped, however try your best to get the anchors on in time to scrub some speed off – the child is airborne on impact and lands head-heavy on the ground – this is a scenario that does happen and one which leaves a family broken due to the child now having life changing injuries. The fixed penalty incorporates a £60 fine and 3 penalty points…

It’s not only the family that suffers though; you the driver have to live with such a traumatic incident for the rest of your life and as hard hitting as this has come across, I think it is the only way to highlight that even sitting at the legal limit is enough to change lives.

Now imagine you are travelling at excess speed, let’s say 40mph for the same scenario, that child is now dead, a family is devastated, no parent should ever have to bury their precious youngster! I think this highlights the fact that what you may see as ‘just a wee bit over the limit’ – is the different between life and death!

It also cements the opinion that even at the legal limit; you as a driver, are capable of destroying lives and families which highlights the age old governmental road safety saying that should be drummed into each and every road user, be that a pedestrian, cyclist or someone with an engine to help get them from A to B. This Porsche turned out to be from the factory in Germany and was testing ‘in-development’ and not yet released, road safety technology, at unsafe speeds – ironic, eh?

Excessive speed is a significant factor in collisions and has a huge impact on the severity of injuries sustained. Excessive speed means you will have much less time to react to driving conditions. It also means that if you have a collision it will be much more violent and more likely to result in serious or fatal injuries

Some stats from NI Direct confirm my bold mutterings above in that: Two main ways you are likely to be caught speeding is either by a governmental camera van that will be stationary at the roadside, filming and recording speed, these camera vans can cover a couple of lanes as well as reading speed from behind which will lead to a fixed penalty or the offer of a speed awareness course.

The other way is via a PSNI stationary speed check where the police will be using laser technology (usually) to record speed in an area deemed as having a regular traffic flow that is faster than the speed limit of the area, or perhaps in an accident black spot area to enforce and educate.

The PSNI road policing team also have technology on-board their vehicles meaning that if you pass a crew or are seen travelling ahead of a crew, faster than you should be, the crew won’t be long in activating the speed monitoring system on-board and without knowing so, you are going to get pulled over soon after detection. After passing the PSNI, this driver was soon handed a fixed penalty, but not before they drove through an accident black spot, in lashing rain at 20mph over the speed limit…

If stopped by the PSNI then it is usually the case that you will be dealt with at the roadside by means of a fixed penalty, consisting of a £60 fine with 3 penalty points being added to your license.

If caught by a camera van, then within 14 days of a camera recording an alleged speeding offence, a notice of intended prosecution will be issued to the registered keeper of the vehicle – the fixed penalty being the same as previously mentioned.

Drivers, depending upon the speed at which they were detected, either by PSNI or camera van, may be invited to attend a Speed Awareness Course as an alternative to penalty points.

This course can only be offered once in a period of three years from the last date of detection – for the speed awareness course, the speed of the offence must fall within the criteria stated below: Know the limits, always drive to the road conditions and expect the unexpected…

The course costs £89, lasts for four hours and involves an interactive presentation. It is available at eight locations throughout Northern Ireland and is delivered and managed by an appointed contractor, AADriveTech. The course must be attended within 120 days from the date of detection.

I do hope my mutterings are of benefit to you, the reader and road user as well as educational and informative enough to make you think a little more, drink a lot less, be less distracted as well as to check your tyres, lights and wipers often and slow down a little bit.

It is better to arrive a little late, than never at all!!!

You can read all of my road safety articles now at the following link – http://blog.usedcarsni.com/category/blog/

MASERATI PUT THE SPORTS INTO SUV WITH LEVANTE S… 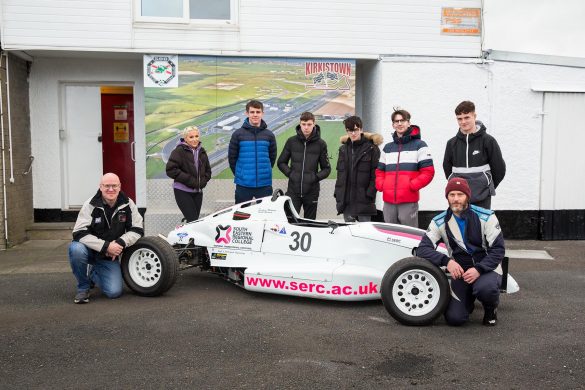 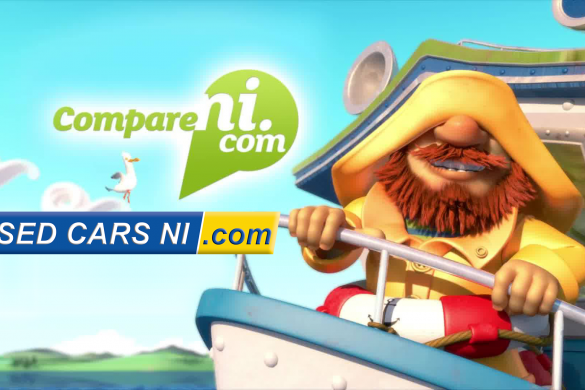